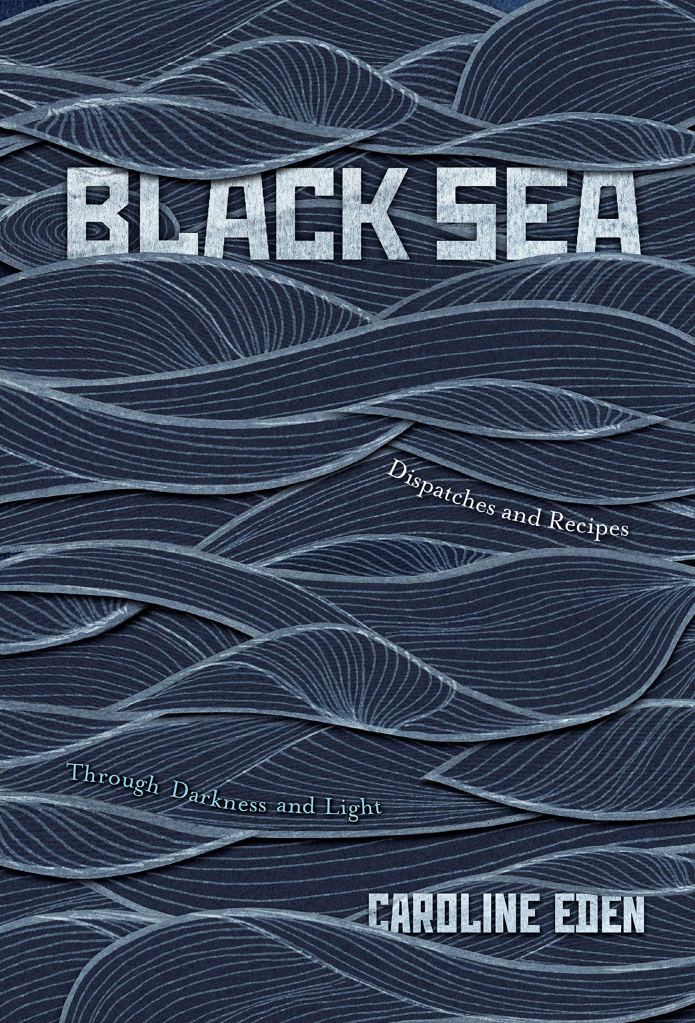 In Western Europe we take holidays on the Mediterranean, we hear about migrants attempting to cross it, we imagine our histories as entwined with it—the cradle of a Roman Empire that impinged on the continent’s most distant fringes, bringing olives, wine, and dozens of other markers of its cultures and lifestyles. It defines our continent as a limit and as a source. We also look outwards, to the open Atlantic that washes our western shores, speaking of unlimited horizons and uninhabited expanses. We tend to forget about the Black Sea, where another set of nationalities take their vacations, and where it is the sea that is contained by the land, a land that extends endlessly and flatly to the east. But this body of water, whose connection to the world’s oceans bisects the metropolis of Istanbul, embodies another set of connections and histories as powerful as those articulated around the Mediterranean.

It is a different sort of sea, a less friendly one, bounded by cliffs and known for its dangers. It has its resorts, its rivieras, its littoral cultures—and realistically, it is only in recent decades that the character of the Mediterranean has come to appear one founded on leisure—but the Black Sea seems more a place of work, a site of trade and gritty pragmatism. It is certainly a place of work for Caroline Eden, a journalist specialising in Central Asia and the former Soviet Union, but her book makes clear that it is also a region for which she feels a deep and abiding affection.

Black Sea is a lavishly produced volume, essentially a travelogue punctuated by recipes. I guess glossy food books shift a lot of units these days, because this one, with a textured, foil-embossed cover, black edged pages, glossy paper, the beneficiary of many visually evident design hours, must be expensive to produce. Just looking at it from the outside, I might have mistaken it for a graphic novel. Having recently read Rachel Roddy’s equally glossy Five Quarters I would surmise that this kind of discursive, part memoir, part discussion, in which recipes arise as they might in conversation, is now a popular sub-genre of the food book—no longer to be published by Penguin on cheap paper in the same format as a novel.

Roddy’s book is a useful point of comparison for Black Sea, because it represents a different approach to a traveller’s journey through a foreign cuisine. Roddy lives in a particular quarter of Rome, and documents the intersection of culinary currents in her domestic kitchen: her book contains the food of daily use and habit. Eden relates not a prolonged immersion, but a more literal journey, a semicircle around the Black Sea, which must be the sum of many trips over many years, conducted as a professional traveller. Her recipes are often relatively disconnected from her descriptions of place and culture—they are recreations of meals she’s been served in restaurants and hotels, or they are simply associated with something she has mentioned. Her journeys have not always been culinary ones, and she does not have a tale to tell about her encounter with each dish, or how she learned to cook it. The recipes, in fact, often serve the text in the same manner as pictorial illustrations.

The first part of the book, which discusses Odessa, felt initially superficial, like the impressions of a privileged outsider, flitting through the place before returning to their cosmopolitan life in a part of the world where not all grandeur is faded. But I came to realise that this is an unfair impression, born more of my own desires than any reasonable expectations. I wanted to read a life lived through food in Odessa, that storied city of literature, cafés and Jewish civilisation; but such a text would have needed a whole book, and Odessa is only Eden’s first stop on a peregrination which will spend more time on Turkey’s Black Sea coast than anywhere else. She tells us enough to make us want to see the city, and then she’s off somewhere else.

Food is a way in to place and culture. If you know a people’s food, you will know their heart, and this is the way that Eden conducts her journey. This is a book about the lives that are lived on the western coast of the Black Sea, but instead of a social study, composed of facts and analysis, she tells us about the flavour of those lives; she explores what they feel like. As someone whose Jewish grandparents left Istanbul in search of economic opportunities elsewhere, much of this book felt close to home, and some of the food was familiar to me from my grandmother’s kitchen. The recipes have not yet found their way into my daily life as Roddy’s have, but on the whole they bear less resemblance to the food I already cook. They also seem less like the recipes of daily life: these are things to cook when you want a taste of Eden’s journey. It’s food as illustration, food as travel, food for the exceptional occasion rather than for work-night comfort. I don’t mean that it’s fancy, complicated stuff, just that its assumptions and combinations will probably not already be part of most English readers’ vocabularies as Roddy’s Italian food is, and to eat it will be to experience novelty.

Sometimes just reading one of Eden’s recipes can be enough to bring a description of place vividly to life. I have no experience of the Black Sea, although my family doubtless once roamed its fringes, so I have no way to assess Eden’s impressions of the region. But even if her account is completely fictive, it’s a great account—it’s a piece of literary world-building that can stand alongside those of fantasy and historical fiction authors. Her prose is sometimes workmanlike, but her deployment of image, and the texture of experience that she summons is always striking. The economic and cultural networks that bind these places together across the sea come to life in Eden’s hands. The White Russian restaurants that survive to this day in Istanbul, serving lemon vodka and caviar. The culinary traditions of a long-vanished Greek-speaking population that still enrich the lives of Turkey’s Black Sea region. The Jewish and Italian food, traces of equally absent communities, that is still characteristic of Odessa. The Polish Romantic poet and independence campaigner Adam Mikiewicz, cropping up in various places that Eden visits. A shadow in the peripheral vision of the Western European imagination, the Black Sea is a churn of hybridity, straddling the worlds of Islam and Christianity, East and West, Asia and Europe—it is a lens through which to view those permeable boundaries, one through which Eden peers intently. What she sees there is doubtless best understood by eating it.