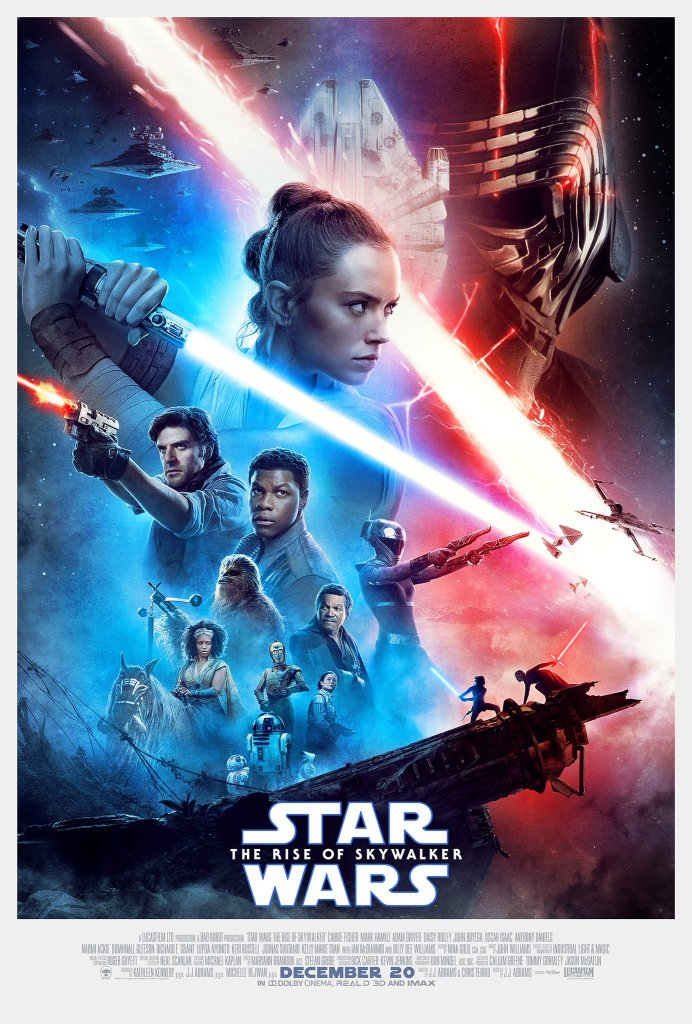 When I was seven years old, I passed into another world, and I have never fully returned to this one. That world, or more accurately those worlds, are to be found in a galaxy far, far way, and although everything you could say about them seems utterly lacking in credibility, they are realised with such complete visual conviction, that few people who encountered them in the way that I did will ever feel inclined to question them. They’re real for me in the same way as the Second World War or the Old West—because I’ve seen them glimmering in the firelight on the wall of the cave. For enough years to take a person from birth to early middle-age, that world of moral certainty, human agency and approachable high-technology has had an imaginative grip on a significant fraction of the world’s population. The releases of the first two sequels were huge events, and the excitement with which the announcement of the prequel trilogy was greeted was staggering—as, of course, was the disappointment at their faltering narrative. Opinion has apparently been divided about the latest rash of Star Wars movies, including the digressive tales of Rogue One and Solo, so I may as well just put this out there: these are the best films of the franchise. Rogue One is the best of all the Star Wars films, and the last three films of the Skywalker Saga beat out the first three.

Of course it’s hard to judge entries in a franchise like this (as though there were any other franchises like this!) other than as worthy successors to the canonical opus, and it would be pointless to assess them against the wrong standards. They are simplistic tales, whose characters are not characterised, whose plots do not need to be plausible, and whose meanings, like those of a piece of music, are to be found in their affective ebb and flow, not to be extracted from them by analysis. However the over-complicated and arbitrary storytelling of the prequel trilogy was unlikely to engage many viewers, foundering like a good pop band gone prog on the rocks of George Lucas’s creative hubris. And it would, of course, be ridiculously unfair to judge one film against another without acknowledging the enormous technical advances that have been made, many of them directly driven by Lucas, in the forty-three years between the releases of the first and last chapters in the saga. The effects in The Rise of Skywalker are wonderful, but they’re not why it’s good.

There was a lot right with the first three movies, obviously, but there was also a lot wrong with them. The dialogue was unfeasibly wooden, a weak pretext was found to chain Carrie Fisher up in a gold bikini, ewoks, the dialogue was… ok, it was mainly the dialogue. The new movies are not going to win prizes for their verbal content, but they do at least make the effort to give conversations some flow, and to make the words that come out of the characters’ mouths sound like something somebody might say, under some circumstances. It’s also a huge step forward that they decided to put a woman at the centre of the story, and to populate the cast with a few more people of colour. Remember those appallingly racist Japanese aliens in The Phantom Menace? This is a franchise that belongs to the world, and the world deserves to see itself in it somewhere—even Scots get a look-in in The Force Awakens.

So when am I going to actually talk about the film I’ve most recently seen, my readers would be asking if they existed. And this is a difficulty. It may be impossible to speak of any of these films in isolation—it certainly seems tenuous to consider The Rise of Skywalker as anything other than the final chapter of a larger work. Much of the critical response to this film, which has been underwhelming to say the least, criticises its lack of originality, and its reliance on well-worn thematic materials. I can’t help feeling they’ve missed the point. The point is fan-service—but fan-service of a kind that doesn’t exclude any subset of the film’s audience. The formulaic ingredients are all there: the same hackneyed character dynamics, the same cinematic vocabulary of carefully paced cuts and wipes, the same techno-fetishism and trite moral arguments. The fact is, I can’t even remember that much about this film, or any of the others. I can just remember going into the cinema, and feeling like I’d come home.