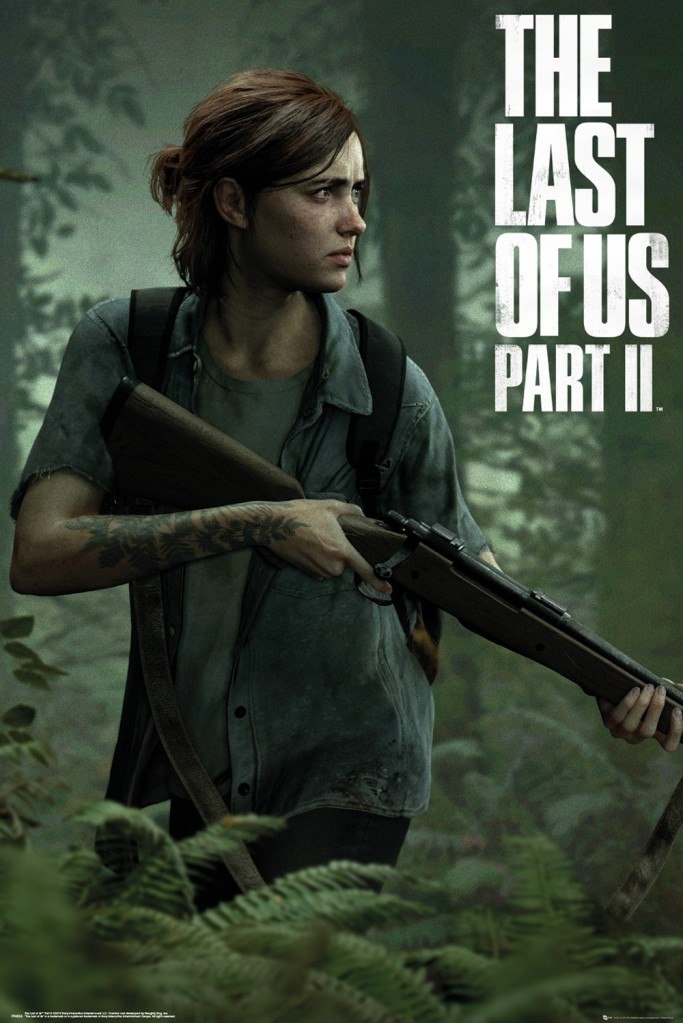 You don’t have to like the protagonist of a story to identify with them, or to buy into their charisma. You don’t have to think they make good choices, and they don’t have to win. Consider Josh Brolin’s character in the Coen Brothers’ No Country For Old Men, stumbling from crisis to crisis and dying off-screen as the consequence of a chance meeting. The story doesn’t have to make sense, and it doesn’t have to convey a message. There is a very real sense in which stories that do tick all of those boxes, that follow their square-jawed and morally superior protagonists to a justified victory, fail to say anything worth hearing. The Last Of Us Part II doesn’t quite have the courage to go ‘full Coen’, and it’s quite likely true that the commercial videogame market isn’t ready for that kind of a story yet.

A game like this takes a lot of money to make, probably over a hundred million dollars, and if investors are going to pony up for that, they are going to expect sales—they’re not going to accept the risk of a commercial flop in order to satisfy the creative interests of the directors. They’ll be quite happy with the notion of creative liberty, since it’s another weapon in the marketing arsenal, and they’ll accept some pressure on fan service as the price paid for that notion—but at the end of the epic, the player has to win. The character they control has to be the bull goose, even if the story up until that point has been largely directed at pointing out how pyrrhic such victories are.

The Last Of Us Part II, developed by Sony’s in-house studio Naughty Dog, has a perfectly serviceable ending, quite near the conclusion of the narrative, which represents the aftermath of vendetta with a cold, impartial eye—the characters damaged and embittered, their quest unfulfilled. However, the protagonist Ellie goes on to ‘finish the job’, in a segment which contains some of the best gameplay and environmental design in the whole epic kill-fest, and for me this introduces a new kind of ‘ludonarrative dissonance’.

Bear in mind that this much overused term was first popularised with reference to Naughty Dog’s Uncharted series, in which the likeable hero leaves an implausible trail of bodies behind him in his treasure-hunting exploits. And bear in mind that the grim and unrelenting narrative of this game was conceived partly in response to that problem. For me, creative director Neil Druckman and writer Halley Gross double down on the mismatch between gameplay and storytelling by including this final section, which is a real doozy for the player, but which adds nothing at all to the game’s meaning as it can be constructed at the first ending.

The game stumbles under the weight of its meaning, in my opinion. This is where it really differs from a film like No Country For Old Men: for Druckman and Gross, the meaning is something which they need to put into the story. This stands in contrast to the Coen Brothers’ central narrative insight, which has informed the majority of their film-making: that meaning is an emergent property of a particular audience member’s encounter with the work’s signifying materials. On the face of it you’d think Druckman and Gross would be hip to this understanding of narrative, because that is basically how most videogames work—their stories are literally different for every player. But they abandoned an early intention to make this an open-world game precisely in order to avoid relinquishing control of the narrative, and the consequence of that decision is a heavy-handed, moralising tone, in which the carefully crafted argument they articulate is undercut by the game’s rigid linearity and the playable characters’ superhuman death-dealing.

I should be clear. The Last Of Us Part II is one of the very best games I’ve ever played, on both ludic and narrative grounds, and as a creative work it is head-and-shoulders above all but a tiny handful of AAA commercial games. But as such I want to discuss it respectfully, and for me respect means comparing it not to films like Rambo or Deathwish, but to The Deer Hunter or Munich. Such a comparison can only reveal that fan service (the need to ‘win’ at the end) is still an essential part of its make-up, and that its makers don’t trust the audience to draw their own moral conclusions. Within the bounds of those creative limitations, it is beautifully characterised, technically breathtaking, and possessed of the most gripping and rewarding gameplay you could hope to find.

It is finely balanced, in terms of the power of enemies and the availability of supplies to defeat them with. It has an intuitive crafting system which never bogs the player down in inventory management, and which always relates directly to the action. Its character models are astonishing, with multi-point facial animations that leap the uncanny valley like Evel Knievel—and not just during cutscenes. It builds fear and tension with almost unbearable facility—to the point that I sometimes had to turn it off and walk away for a while. Its world-building, both visual and conceptual, is immersively and tragically plausible. It puts women right at the heart of the story, without any concession to the millions of fans who got angry because it didn’t have a manly flannel-shirted protagonist like the first game, and it makes two of them gay without making a thing out of it at all. Best of all, its protagonists are morally compromised, and make choices every player will be desperate for them not to make, even as they overcome the ludic obstacles to making them. So although we’ll be waiting a while for a AAA narrative game that really subverts the genre’s conventions (probably until all this stuff can be done for a lower budget), The Last Of Us II is an astonishing achievement.