It’s that time of year again, the nights drawing in, the pointless over-consumption going into overdrive, and the music bloggers arranging releases into spurious hierarchies of how hip they think they make them look. Well, let me issue the same caveats I always do: I don’t claim that these are the best albums of the year, simply that they are the ones I like the most out of the ones I happen to have heard. There are lots of famous records I happen not to have heard, some of which I might think were fantastic if I did hear them, but quite honestly I haven’t had time in the past year to hear any more music than I have, and I consider it infinitely preferable to stumble across music organically than to be guided to it just because it’s famous. A couple of famous records did make it into my longlist, but they didn’t make the grade in the end, which I take a sign of the rude good health in which music has found itself since everyone realised they didn’t need thieving record company scumbags to interfere with the process of making and sharing it.

As ever, I have an embarassment of riches to choose from this December, and all of the records on my longlist are superb; any of those on the shortlist could definitely have been in the final dozen, but at the end of this basically arbitrary process, I have to make a choice, and so I did. Those that didn’t make the final selection are listed at the end of this article, and I recommend them all strongly. The following twelve albums, in approximate chronological order, are the ones I’ve enjoyed the most in 2012.

Beautifully observed songs, perfectly constructed and creatively recorded around a core of acoustic guitar and voice. It’s melancholy but not heavy, and generally lovely. It has a likeable, charismatic surface, thanks to Laura Kidd’s gorgeous singing voice and deft touch with arrangements, but there’s more to it than that; Kidd has a novelist’s sense of character and draws connections between inner life and external relationships in a way that makes her songs even more compelling on closer listening. This is a hugely coherent and rewarding album.

This is quite simply one of the most powerful albums I’ve ever heard. Simple, even stark songs, on frequently bleak themes, performed with ruthless directness, and a sort of calmly savage intensity; no emotional punches are pulled. The arrangements are largely built from an acoustic guitar and a voice, but the recording makes brutally effective use of distortion to emphasise the ragged pain of the songs’ characters; for all that the scenarios in the songs are (presumably) fictional, and the recording emphasises its own artificiality at every opportunity, this album is dripping with truth. It’s more than moving: it’s devastating.

Rick Fury is a nut-job, in the best possible way, a fantastically skilled, hilariously unhinged (or unhingedly hilarious), irrepressibly playful and heartbreakingly confessional rapper. He takes no prisoners here, but he has developed the self-confidence to step back from his recordings and let them go where they need to, rather than packing them full of spectacular artifice and displays of stunt-chat (although his flows still leave my lower mandible between my feet at times). Themed around a series of priceless kung-fu movie samples, Fist Of Fury tackles childhood, poverty, perseverance, father-son relationships, bereavement, depression, addiction and friendship, with enormous wit, wisdom, humanity and enthusiasm. 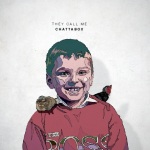 Chattabox – They Call Me… (hip-hop)

In contrast to Rick Fury (his comrade in arms), Chattabox has a more grounded approach to the business of rapping, both in terms of his funky precision and his thematic materials. This record stakes out a territory and forcefully defends it, articulating a potent, geographically specific subjectivity, and a sense of self-worth grounded in the skills that make it so compelling. They Call Me… is as specific to Tyneside as Songs of Innocence and Experience is to London, and it is a tour-de-force in every one of the terms on which a hip-hop record must stand or fall. Totally top-whack malarkey. 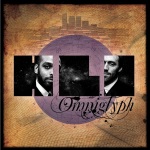 The materiality of language informs and structures this work from start to finish; Omniglyph is an uncompromising celebration of existential darkness, that grinds and threatens its way across an interior landscape which most of us prefer to keep under wraps, although it will be familiar to most (hence the music’s power). There is far more ‘experimental’ hip-hop than this around: H.L.I.‘s beats are propulsive, and their flows are rhythmically coherent, but the creative uses to which they put their musical materials are nothing short of brilliant. 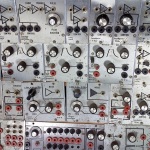 Andre LaFosse – Do The Math (avant-rock)

Restless, unconventional synthesiser manipulations intertwined with enormously juicy guitar playing make for an album that is simultaneously experimental and accessible. A serious piece of art that is infused with humour and play, and a tremendous display of chops in all areas of its production. More obviously concerned with texture and atmosphere than with melody or narrative, most of the tunes groove pretty hard as well. Do The Math is enormously engaging, very intelligent, and an outstanding piece of musicianship. 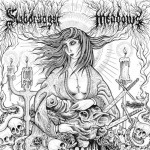 This is the first vinyl LP I’ve acquired in many years; it’s nice to see the format returning to prominence. Both bands on this split release are superb, pumping out an insane maelstrom of doom-sludge heaviness, that explores the outer boundaries of hairy distortion. This is a very exciting time for this sort of music, with a huge flurry of underground activity from bands, promoters and small labels, and this LP is a fine example of the creativity that’s in the air. Balls out intensity, committed musicality, and a fantastic enveloping sound. Utterly superb. 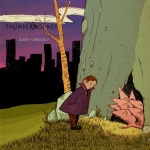 This is the sort of album that makes you think ‘wait, can you do that?’ It combines audacious compositional brilliance, probing formal experiment, and technically superb performances, plonking a glacé cherry of absurdist, literary and usually unfathomable lyrical invention on top of the whole improbable confection. The real masterstroke though, is that Thumpermonkey manage to create a highly accessible and appealing sound from this strange admixture of whimsy and rigour, and frequently find ways to present the insights that characterise the best art, without ever appearing to think they have anything important to say. Beautiful, bizarre and immensely accomplished. 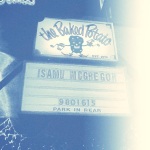 Isamu McGregor first came to my attention playing electric piano with Future Gibbon: this is his debut under his own name, and it’s as sure footed a debut as I’ve heard. It’s an album of improvisational fusion, that continues to explore the language first established by 70s innovators such as Herbie Hancock. The grooves are incredible and the blowing is superb; the tunes feel more like jams than arrangements, but they are structured around tight unison moments, and are clearly very organised. Live At The Baked Potato revisits some well trodden territory with imagination, panache and breathtaking musicianship. 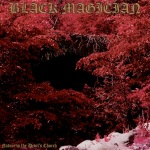 If you like bunny rabbits and nice walks in the country you might be a little disturbed by this exploration of the darkest corners of rurality. You might not be able to tell from its lugubrious and baleful guitar riffs alone that it’s concerned with the English landscape, but its bleak affective language is a perfect and precise response to the grimmest of rural folklore. This is astonishingly powerful music, an implacable golem of iron, blood and oak. Doom metal at its finest. 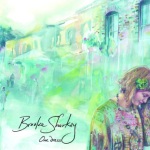 French and English songs with a gypsy feel, and a captivating sense of drama, sublimely realised. The band grooves with enough depth to release every ounce of the material’s potential; acoustic bass, jazzy drums and a violin that is as powerfully expressive pizz as arco support simple, perfectly judged guitar parts, but it’s Sharkey’s voice that steals the show. Her singing is intimate, even vulnerable, using her breath and sibilance as much as her vocal chords, but it has an impressive strength and conviction at its core. A masterful production emphasises the expressive unity of the group, and the whole album is a delight on every level. 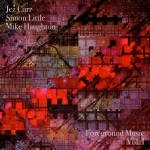 Acoustic jazz textures are the backdrop against which these improvisations are played out, but these musicians are not constrained by any limiting sense of stylistic practice or conventional phraseology. The music is completely tonal, rhythmically regular, and generally structured around very simple modalities or vamps, which in a way sets the stage for more liberated invention than would conditions of complete freedom, where the blowing can be short-circuited by the need to continually define its terms. This is an uncluttered field, with three quite brilliant musicians collaborating with huge mutual regard and an astonishing slow-burn intensity. Simply beautiful.