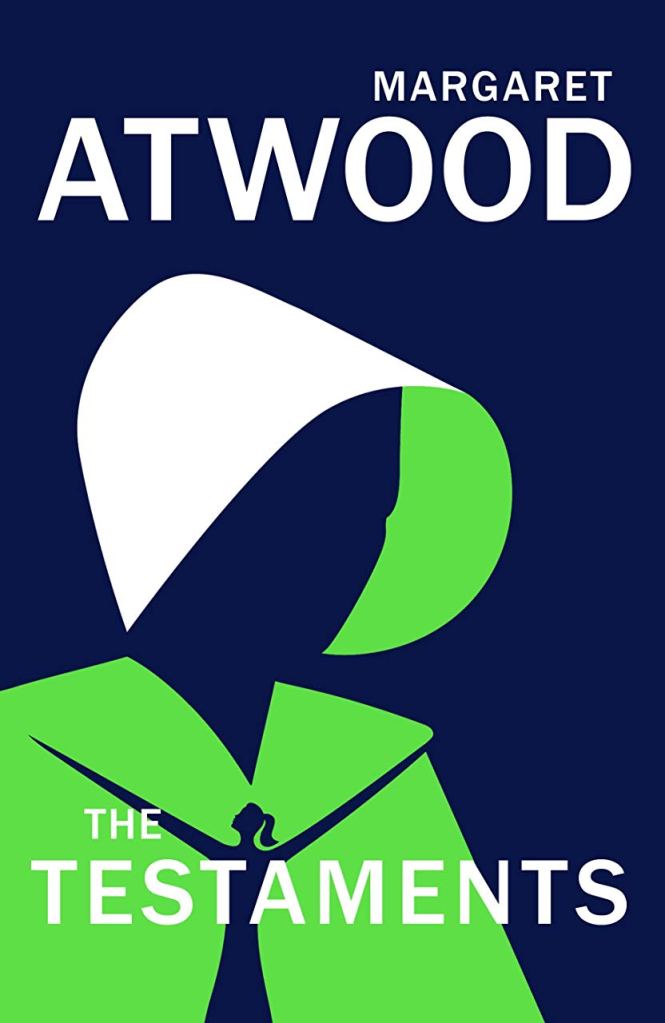 There’s something wonderful about being immersed in the world of a book, something which for me is even more pronounced when that world is invented. Even when a secondary world is dystopian, like Margaret Atwood’s theocracy of Gilead, there’s something about inhabiting it which excites the explorer in me, which makes me feel both immensely curious, and curiously cosy – here I am, in my armchair, or on the train, climbing mountains, paddling an inflatable at sea against the tide, outwitting my pursuers, or indeed being subjected to starkly horrifying privations and humiliations. This sort of thing entertains many readers, but for me a simple thriller isn’t enough to really immerse me: I need a constructed world which is not only vivid and boldly imagined, but which is also credible and internally consistent. Atwood gets the details of Gilead just right in The Testaments, and as a work of world-building it sings. My only issue with it is that I’m not entirely sure what it’s for.

The Handmaid’s Tale, to which this book is a sequel, is one of the most striking, radical, and influential works of speculative fiction published in the twentieth century. It explores the possibility of the USA becoming an extremist patriarchal state constructed around a selectively fundamentalist Biblical discourse. Its vision of the radical politicisation and coercion of women’s bodies is an utterly terrifying one, realised with incredible clarity and precision, and it is an important contribution to late twentieth century feminist thought. It illuminates the ways that women’s bodies were (and are) in fact politicised and coerced, by exaggerating them, and by pursuing them to a logical extreme. Gilead’s simplified, colour-coded roles, into which women are required to fit, are quite clearly allegorical for the roles that are imposed on women in public discourse, particularly in America, whose sexual politics combine a hypersexualisation of the image, an instrumentalisation of women’s bodies, and an extremely prurient, moralistic construction of gendered behaviour. The book also resists any attempt to portray it as a far-fetched vision, as it does little more than to transpose to America the contemporary gender politics of Afghanistan or Saudi Arabia; in that sense it issues a challenge to gender chauvinists, who can’t claim that these things could never happen in America without exposing an equally myopic cultural and religious chauvinism.

The Testaments also does all of these things. It is written with lucidity and panache, plotted with architectural rigour, and characterised with meticulous attention to the detail of the mutually constitutive relationship between subject and social field. We understand exactly how and why each of the focalising characters was formed, and Atwood secures our sympathy for them irrespective of how monstrous some of their actions may be. This is morally courageous writing, which explores the institutionalisation of coercion by critically examining the victimhood of those coerced into collaboration, like the kapos in Nazi concentration camps; in Gilead these are the ‘Aunts’, the women tasked with maintaining the gender order, one of whom is a central character in The Testaments. There are several point-of-view characters, all elaborated through the device of a documentary record recovered long after the events of the narrative. Atwood modulates the narrative voice to accommodate their differing subjectivities, but the reader must be willingly complicit in this manoeuvre, as its dry ironies are always quite clearly her own. With prose as cogent and pleasing as this, most readers will be happy to co-operate.

The story turns out as we would like it to. The Handmaid’s Tale concludes with ambiguity as to the ultimate fate of its narrator, but The Testaments sees most of the point-of-view characters either safe or achieving their goals, and the principal antagonist gets his comeuppance. I guess that hope is important to Atwood’s vision, but I think I also detect a certain element of fan-service in the denouement. Call me cynical, but Atwood’s examination of the role of the Aunts in her invented society does not seem sufficient justification for this return visit to Gilead. Much as I enjoyed this extremely well-written novel, it seems to have very little to say that was not already said in 1985 by its predecessor.

For me, it’s a pleasure to return to a world as carefully and intelligently constructed as this one, but that pleasure feels almost exploitative of the women’s suffering represented in the book. One might almost imagine that a successful, ongoing television series had been made of the earlier book, and was in need of more material from the authoritative source. As a fan of speculative fiction I don’t feel that a secondary-world story requires any justification, but when one appears as the sequel to a book which had so much to say on the topic of gender politics, and barely augments that earlier statement, I feel some uncertainty as to why it might be considered deserving of the Booker Prize. It’s a very well-written book, the product of a master-craftsperson’s pen, but it is not formally or creatively progressive. As I seem to feel the need to ask what this book is for, I guess I should hazard a guess, and my guess is that it’s for its readers; it’s for entertainment. The rather more ambitious and radical book to which it is a sequel had more serious purposes: it was a blow struck in a revolution that remains incomplete. It was for the world.