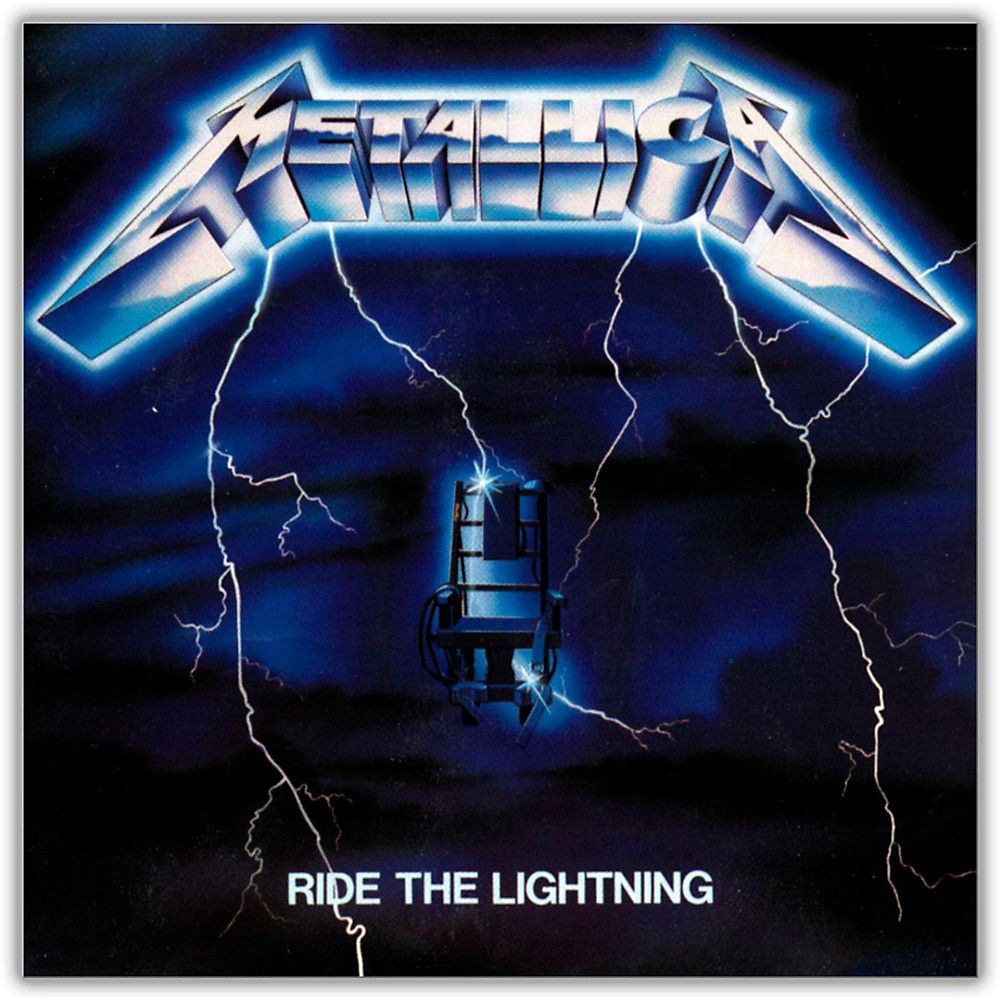 H.P. Lovecraft, the lonely, bitter, racist, visionary poet of American horror, conceived ancient malevolences from the beyond the limits of the knowable, unnameable terrors from the vast gothic hinterland where knowledge is madness. It seems quite apposite then that his most famous creation was literally unnameable when Metallica devoted to it the nine-minute instrumental with which Ride The Lightning closes. I imagine the reason that tune is called ‘The Call of Ktulu’ is simply that the name ’Cthulhu’, along with the rest of Lovecraft’s oeuvre, was still in copyright in 1984, but it’s pleasing to pretend that they dared not speak its name, although they clearly dared to traverse territories that were unknown or unspeakable to the majority of the then moribund culture of heavy metal.

Ride The Lightning is the second of the four albums Metallica recorded when they had something to say musically, before James Hetfield and Lars Ulrich became full-time public arseholes, before the band sank into a middle-of-the-road hard rock miasma, and before Hetfield’s vocals became a mannered, self-parodying stream of schlock, terminating every syllable with a curlicued grunt. This is a band with the same no-nonsense commitment to their music and their audience as the underground punk and hardcore bands that influenced their take on metal, but their sophomore LP is made with an inventiveness and relative musical sophistication that marks a clear creative progression from their debut. They marshalled the musical resources that were only then beginning to cohere into something that could be readily identified as thrash, and deployed them with real narrative intent, orchestrating dramatic and varied structures with a wide dynamic and timbral range. Still frequently hitting peaks of excitement as intense as anywhere else in their oeuvre, they set them amidst a field of textural contrasts that only enhances their impact. Revisiting it over the past few weeks I was surprised to hear how varied and forward-looking it still sounds, and it has lost nothing of its power, despite the incredible barrage of super-saturated, double-kick riff-craft that has thundered through the succeeding few decades. This is the sound of four young men, too inexperienced to know or care what metal is supposed to sound like, tearing it a new one.