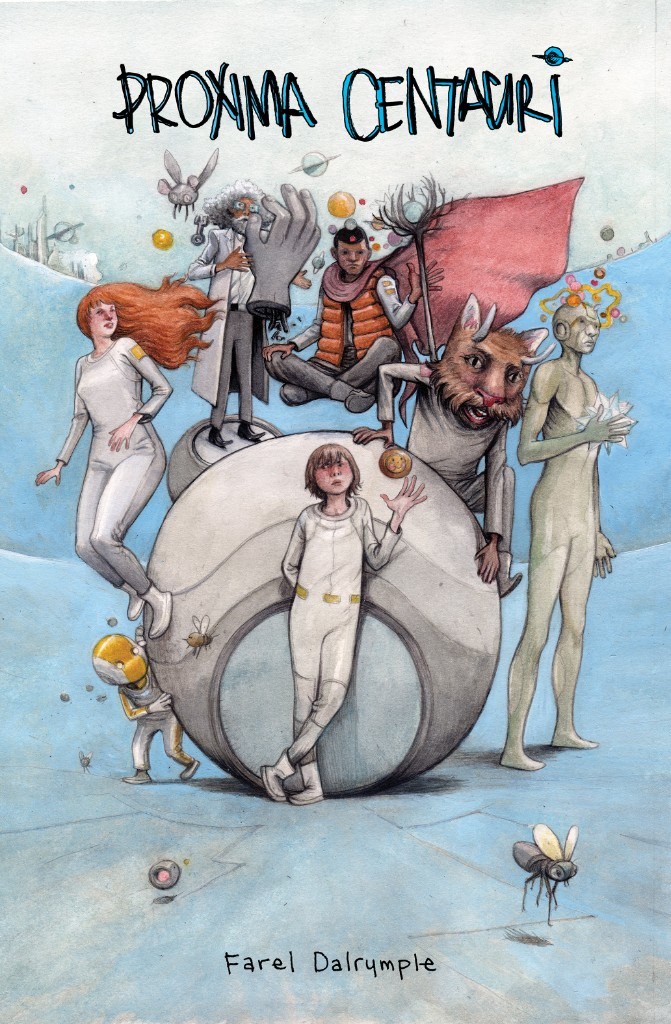 Is the reality we construct for ourselves from our sensory inputs an orderly one in which every phenomenon is readily explicable, and chains of causation are visible, like the universe described by science? Or is it a confusing one in which things happen for mysterious reasons, and odd symbolic resonances seem to determine actions and outcomes? Of course the answer must be different for everyone, but I suspect that for most people it partakes of both these (and other) possibilities. We may be equipped with a sound rationalist toolkit of analytical and critical thinking skills, but none of us is ever in possession of perfect information, and for the most part we simply have to assume that some orderly sequence of deterministic events has given rise to the disorderly and unexplained perceptual surface of our experience. The older we get, for most of us, the easier it gets to square this circle; in adolescence such contradictions can be frustrating.

Proxima Centauri explores that adolescent experience as a surreal science-fantasy, in which an external form is given to the objects of its protagonist Sherwood’s psychic landscape – the imagined adult perspective, his anxieties, his future liberty and so on. This makes for as bizarre and confusing a reality as that found in Farel Dalrymple’s earlier The Wrenchies, with which Proxima Centauri shares some characters and a great deal of its visual vocabulary; but this is a much more straightforwardly allegorical work, most of whose narrative elements can be readily ascribed to aspects of the hero’s inner life. I suppose that Dalrymple’s central insight is that most teenagers are, in fact, living in a surreal science-fantasy, in which all events have at least an oblique symbolic relevance to their own status as protagonist. Sympathetic magic may have been discredited as an explanatory framework for the physical universe, but it is not a million miles away from the tales we tell ourselves to make sense of our experience.

Philosophy aside, Proxima Centauri offers a humane, sympathetic, and decidedly convincing account of what it is like to be a male teenager in an affluent consumer society. Supporting characters, with their superior scientific or magical expertise, convey a sense of knowing what is going on, despite the utterly inconsistent and changeable nature of both the narrative and the visual texture. They evoke that sense of being the only one not in the know that is characteristic of teenage life – and come to think of it, of much of subsequent life! When Sherwood tears into his foes with his magic sword, I recognise from my own mid-teens precisely his need to lash out and smash something; and Dalrymple’s drawing style, which seems to waver in its treatment of certain characters from panel to panel, which carefully modulates the degree of naturalism with which it renders its subjects, somehow manages to perfectly capture the continually changing, self-doubting tenor of a teenager’s relation to the world.

Proxima Centauri is an awkwardly beautiful book, doggedly resisting fan-service while gleefully indulging a wide-eyed enthusiasm for the received visual vocabulary of science-fiction, full of detail, and almost unfeasibly inventive. It is also rigorously unsentimental, and that resistance to fan-service extends to a refusal to make its fourteen-year old male American protagonist any more likeable or tractable than might be reasonably expected. Its sheer bizarreness is not an incidental feature of Dalrymple’s own proclivities, but a deliberately chosen strategy, an oblique approach to the directly inexpressible strangeness of being alive. Despite its clear distance from the technical wizardry of many contemporary commercial comics, it is a virtuosic essay in the expressive capacities of both comics and science-fiction, which is entertaining and perceptive, and which I found deeply moving.