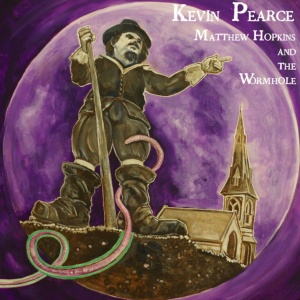 There’s a lot of quality songwriters out there, ones that write sincere and sophisticated songs, and that, without necessarily straying too far from the kinds of musical materials that audiences find digestible, manage to say something particular and illuminating. Trouble is, they all sound the same. I mean, however good the material is, and however great the performances, there are an awful lot of relatively similar voices clamouring for the listener’s ear. Although what usually happens is that audiences gravitate to artists who resonate with them for reasons extraneous to the music (their looks, their demographic characteristics, the circumstances under which they encountered their music), to truly stand out from the crowd requires a unique perspective or a very distinctive creative voice. To find that distinctiveness without straying too far from mainstream musical conventions is quite a trick, and even if everything is in place when the artist in question is performing acoustically and unaccompanied, the process of producing a record and embellishing the songs almost always results in an extremely generic light rock sound that masks the individual character of the material even more effectively than the roar of competing voices. To take the basic building blocks of tonal, Western pop songcraft, and assemble them in a way that has real, noticeable novelty, on more than a superficial level, is something that only a very few composers have been able to do. Kevin Pearce, a young and unassuming performer-composer from the small town in whose library I punch the clock, makes sounds that rarely if ever transgress the boundaries of what mainstream audiences find palatable (regular rhythms and phrasing, consonant harmonies, short strophic song structures etc.), yet could never be confused with the work of any other artist.

Pearce’s pure, limpid vocal delivery is at the core of his sound. Many of his arrangements feature very simple riffs or motifs, often with so much space in them that they have a gestural character; a good example would be the guitar strum – pause pattern in ‘Brian Haw’, a touching piece that imagines its way into the world of the noted peace protester. Having seen Pearce perform live on several occasions I have observed that his self-accompaniment method is simply a stripped down version of the approach he takes to the arrangements on this album: very simple motifs, executed with total precision and delicacy. Above them floats an ethereal keening, a penetrating streak of colour, as though an evening sun were shining through the pellucid cloudscapes of the the orchestrations. Kevin Pearce has excellent vocal technique, and sings mainly in a counter-tenor range, although he occasionally slips into falsetto. Some of the vocal phrasing is discursively rhythmic, like the syncopated phrase endings in ‘Tortured By Ghosts’, but the predominant mode is that of the extended note, a series of almost static tonal articulations, underpinned and structured by the accompaniment, to which most rhythmic incident is consigned. Or to put it more simply, the backing usually moves more quickly than the singing. And the backings, for all their simplicity, are extremely imaginative, audacious affairs, setting these quite fragile-seeming songs to some unexpected sounds, heavy crashing drum-machines, buzzing synths, unashamedly artificial sounding string voices; all these elements are carefully marshalled, and used with an almost Zen directness. No walls of sound here, but complex spatial structures, with their bones showing clearly. The material uses straightforward enough harmonic and melodic strategies, but Pearce has a very precise and sophisticated sense of the emotional impact of his compositional resources, and is able to elicit effects with the most minimal interventions; many songwriters really pile it on, until their songs are so rhetorically persuasive that you’d think you were listening to an advert for their perspective on the world. Pearce, in contrast, isolates the exact sonic glyph to represent his desired meaning, and offers it for the listener to make up their own mind about. A similar approach is evident in his lyrical texts, which approach their subjects obliquely, dropping us into their poetic paradigms without much hand-holding at all. Sure, a piece like ‘We Can Help Ourselves’ has a fairly graspable message, and an anthemic feel to it, but it is also rich with ambiguities, avoiding the trap of overdetermining its meanings, and allowing the listener to engage on particular rather than generic terms. Kevin Pearce’s stylistic materials are by no means outlandish, but he tends to employ the phraseology of Western rock, pop and folk-song in a way that obscures their origins and refreshes their affective power. There are moments of stylistic homage; ‘The Wormhole’, with which the album closes, is clearly in the folk-song tradition, but that generic form is employed to specific effect.

Generic, clearly, is not a word that can readily be employed in relation to most of this music, although its sounds belong to the broad stylistic river of Western pop music; but inasmuch as some of its tropes are quite familiar, they are put to such particular uses that the flash of recognition is always in the music’s resonance with the listener’s own experience, not in the familiarity of its stylistic sources. A craftsperson uses the same set of tools regardless of the originality or innovation in their work, and Kevin Pearce similarly employs a well used set of rhythmic, melodic and harmonic conventions to produce a listening experience that is simply unavailable anywhere else. Listening experiences, as I am fond of pointing out, are the location of musical meanings, and the only way to access them is to hear the music in question. The best that I can do is to give my impression of their general emotional tenor; they are complex and nuanced, without easy answers or glib confirmation. The songs and arrangements pursue a particular aesthetic, one of harmonious structural congruities and decorative, uncluttered surfaces, producing, for me, an involving sense of beauty; the emotional impact is a positive one, but it is neither sad nor happy. ‘Bittersweet’ is far too simplistic a term to do it justice, although there are elements of both joy and melancholy. The meanings of this music encompass  a broad range of emotion and experience; life is good, and life is shit, and with Matthew Hopkins And The Wormhole, Kevin Pearce articulates a perspective that can encompass and celebrate its entirety.