DIN Martin – The Second Before You Faint (post-punk) 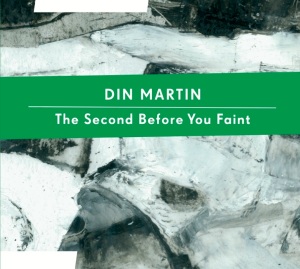 Serious pop music: I love it. Of course most pop music has been made with a serious attention to getting the sound right, such as it is, but then there’s the stuff that applies the language and sensibility of pop to its chosen themes in a manner that looks way beyond the superficial concerns of the mainstream. Obviously the ‘popular music’ label has ended up including tons of stuff, such as extreme metal and progressive rock, that have pretty much nothing to do with pop, but while DIN Martin’s filigreed post-punk is hardly in the pop mainstream (and is certainly a lot more gloomy than anything that charts these days), there’s still something distinctly pop about this. There’s a commitment to getting the point across melodically, making the tune mean the lyrics and vice versa, in a way that is appealing and involving irrespective of the mood or content.

These songs are arranged in interlocking layers of instrumental melody and texture, that seem to inhabit their various timbres and frequencies more so that they can distinguish their voices from the others, rather than just so they can play their conventional part in the orchestration of an electric guitar band. The entire approach is almost baroque it’s so contrapuntal, but unlike most baroque music it is full of space; the atmospheres seem calm and limpid, but when you listen deeply they turn out to be built from an intricate meshing of components that operates like clockwork. Every instrument is played with an awareness of texture and orchestration, and every arrangement is built from painstakingly marshalled flights of imagination. You can really hear the time that went into this. The Second Before You Faint is a soulful record, one in which mood is everything, written with a very informed command of the effects of harmony and timbre, and it’s clear its meanings are easily apprehended by simply drifting with it. But detailed listening is richly rewarded as well. This is a very accomplished piece of art. 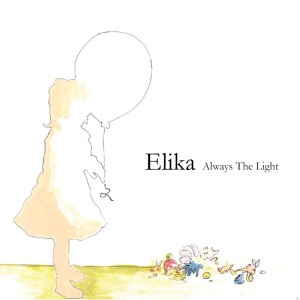 Elika are pretty explicit about their influences; this is music that owes a large creative debt to shoegaze. It’s not shoegaze though, if only because that genre’s most defining feature, the huge, mushy wall of over-saturated guitars, is entirely absent. This is predominantly electronic music, and it’s actually pretty sparse in the way it’s arranged, certainly in comparison to their earlier Snuggle Bunnies; and yet, the atmosphere it evokes, the way its meanings filter into the listener’s consciousness like dye crossing from one medium to another, or ink travelling through blotting paper, is as much like shoegaze as anything I’ve heard. I wouldn’t like to commit myself to saying exactly what those meanings are (songs are complex things, after all, and it’s not the reviewer’s job to pre-empt the listener’s understanding), but although there’s a certain melancholy, they certainly feel less emotionally desolate than on the previous album.

Sonically, this album takes the path less travelled. Little here would strike anyone as experimental, but some detailed attention paid to the ostensibly straightforward surface textures of the music reveals them each to be made up from bespoke materials, assembled with imagination and invention. Elika never rest on their laurels, but regard finding a way to construct the recording with the same importance as writing the song; even when the arrangement seems to be composed of conventional bass/guitar/drums (‘Trials’) there are carefully tweaked little textural elements in the beat that lift and enliven the track. Recalling shoegaze guitarists with their hypnotic ranks of pedals, there is an obsessive sonic craftsmanship at work here, which gives these simple, powerful songs the presentation they deserve. 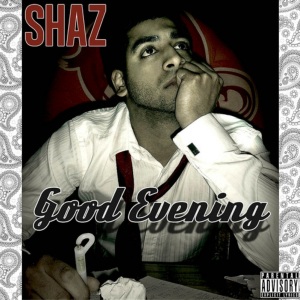 This is a very well put together album. The production is varied and polished; a lot of the songs have sung hooks, heavy on the sugary autotune, but well-turned melodies nevertheless; it’s programmed for a dynamic narrative that balances the bangers nicely against the ballads. The lyrics are big on autobiographical sincerity, integrity and optimism in the face of adversity; the beats are propulsive and atmospheric; Shaz and his guests flow with a funky, loping swagger. But there’s not really much going on here.

There’s so much good quality stuff in the hip-hop underground these days that it takes some seriously clever wordplay to stand comparison; it takes wit, charisma, verbal dexterity and the sheer blunt instrument of years writing every idea in a notebook, until you can draw on a hoard of devastating turns of phrase and unexpected twists of meaning. Everything in these lyrics is very straightforward, in terms of their vocabulary, their themes and their delivery. I wouldn’t want to suggest that everything has to ‘clever’ to be good, but the value of putting something in a rap, rather than just saying it, is that it hits hard, and carries meanings that can’t be contained by a simple statement; I’m sorry to say that these words haven’t been put together with the creativity or imagination to do anything more than just sit there, meaning what they mean.

There is some social awareness in evidence here, and I can only praise someone who wants to highlight the struggles of the disadvantaged, even if I’m not overly excited by the language they use to do so. On the other hand, the humour, in conjunction with the conventionally confrontational language of hip-hop, is the least successful aspect of the album. I certainly buy into the idea that offense is taken, not given, but going to great lengths to incite offense still results in language that means something; and in the final analysis, a line like ‘any woman gets offended/ rape that whore’ just isn’t funny. You might as well say ‘any black gets offended/ lynch that nigger’. 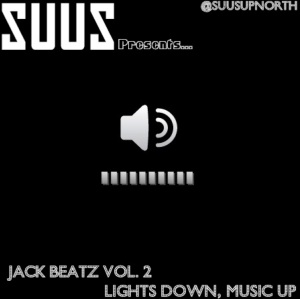 Like the album reviewed above, Jack Beatz Vol. 2: Lights Down, Music Up does not represent an attempt to re-write the language of hip-hop, or to proclaim any great political or ideological manifesto. It’s independent hip-hop, but not with any particular allegiance to the underground; I’m pretty sure Suus would be very happy with commercial success, and would probably carry on much as he is now, spitting from his own experience, and recounting humorously exaggerated scenarios in which he features as the potent alpha-male hero… Like the album above, the beats are well crafted, well produced, pretty slick and pretty interchangeable. What sets this album apart is everything the other one lacked: wit, charisma, verbal gymnastics, infectious humour and intelligence.

The tracks here swing between slinky tension building and high impact, full force intensity. Suus’ flows are always relaxed, right on top of the beat without sounding percussive, and he doesn’t double-time much (although when he does, he nails it but good); but he’s adept at manipulating the stresses of his delivery, and setting up cross rhythms between the metre and the rhyme scheme, that drive his words home like a sledgehammer. His lyrics are imbued with an undisguised joy in language, a sheer pleasure in making words and their meanings dance to his tune, bouncing from double meaning to cultural reference to self-deprecating aside to belligerent boast. The humour is razor sharp, and knowing irony is well balanced with confessional sincerity. This is the sound of a dexterous street linguist having so much fun you can’t help but enjoy it with him.