Heavy as fuck sludgey riffcraft and hoarsely desperate vocals: this is intense music. It’s also less beetle browed than might at first appear to be the case, its riffs displaying an ear for a shapely melodic contour, and a capacity for low-key but engaging rhythmic convolutions. The band’s sound, as recorded here, is relatively clean and crisp, and they indulge in some well drilled unison riffing of a sort more usually found in other brands of extreme metal, although it has all the hallucinogenic murk you could desire. This is not the first time these paths have been trodden, but William English are finding their own way through them: they have some strong writing, some great chops, and a knowledgeable, unformulaic command of their chosen idiom. More to the point, they’re a lot of fun to listen to; I look forward to hearing a longer release.

Too moderately paced to really signify as dance music, the opening track of this EP is, nevertheless, hella heavy. Building on accumulating layers of atmosphere, when its brutalist bass hook and simple kick pattern enter, it hits with an ominous compulsion as dark and deep as doom metal. It’s not all darkness though: the track shifts into funkier uplands, still slow, admirably so, but with the kind of rhythm that hooks you bodily and pulls you with it. Similar strategies are in evidence throughout the Rauthaz EP: it’s not a matter of slowness and darkness, but of the creative exploitation and framing of potentially limitless digital resources, in ways that aren’t hidebound by particular conventions; most crucially, it is free of the widespread assumption that electronic music is either for the dancefloor or the avant-garde. This is serious, but accessible music, with an uncontroversial melodic and harmonic language, and a focus on texture and orchestration. I’ve tagged it above with a term coined (as far as I know) by Dementio 13 to describe his own music, and I should reiterate that my genre tags are intended to give my readers a shorthand guide to the texture and style of the music, rather than to group or classify a release definitively; some of this is club ready (‘Population Inversion’ for example, with its crisp four on the floor and mid-track breakdown), but on the whole I get the impression the point is to generate an ambience and a texture. Solarno’s music is far from bizarre or revolutionary, and yet it sounds very much like something you haven’t heard before; it is informed by an open-minded creativity, and a keen ear for a catchy tune — not to mention a finely honed sonic craftsmanship.

This EP opens with some electronic sounding noises, but it is in fact a ‘full band’ release (the last from the line up by which I have come to know Barren Waste, I guess), and in the world of this stylistically polymorphous outfit ‘full band’ means experimental metal. Having said that, sometimes this music is experimental enough that it barely reads as metal: whatever else metal may be, it is almost universally dense in texture, but these tunes are frequently open and spatial, for all the torn grunt of their guitar sound. Stylistically there are elements of garage and psychedelia (not of the miasmically sludgey sort), and distinct sonic echoes of hardcore punk and noise rock, but this is a band that clearly likes to go out on a limb, and a sense of idiom is not a guiding principle here. The last similar recording of theirs that I reviewed was a much less diffuse affair, with crunchy hardcore/ sludge influenced grooves topped by textural guitar work that was frequently atonal and arhythmic, but here the orchestration itself is experimental in approach, and spatial sounds of indeterminate origin are used liberally. Grooves barely cohere in vast, chaotic soundscapes; the vocals seem to enact an angry desperation to break out; the band are straining against the leash of any sense of established creative practice, and the occasional passages of free rock chaos on A unified idea… are where they sound most comfortably expressive, achieving a paradoxical feeling of consonance among the dirt and noise. I hear a lot of weird shit, so when I say that Barren Waste never cease to surprise me, I mean it as the highest compliment.

Callum Plews, when he first contacted me to solicit a review, compared SLEEVES to Arcade Fire, Modest Mouse and Julianna Barwick; these are not outlandish comparisons, but regular readers will know how uninterested I am in saying the music I review ‘sounds like x, channeling y, with an approach to yodeling clearly influenced by z’, so I will endeavour to do my job and describe the music. That’s a moderately difficult task, owing to the diversity of ingredients in the stew that is The Sky Ghost: Pt.1, and the multi-layered complexity of these arrangements; there are warm consonant melodies, clearly influenced by Americana, but heard at a great distance, through skeins of recording artifice and knowing creative mediation. Most of the acoustic sources are instruments like piano, harmonica, fiddle, guitar and other recognisable technologies, but they are combined in sonic laminates of spatial depth and reverb drenched shimmering, sometimes resembling the saturated textures of shoegaze and dreampop. They evince a confident restraint in phrasing, as though they have all the time in the world at their disposal, rather than seeming desperate to get to the end of the songs without letting you catch your breath; they’re also capable of rhythmic insistence when that’s what they want to do. There are echoes of a lot of established styles here, from those already mentioned, to new weird America and indie rock, but the band are ploughing their own furrow, which is always a good thing in my book. 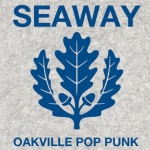 Warm harmony vocals, sing-song melodies (well yeah, obviously, I know they’re singing songs), and a delivery so impassioned it sounds like they’re on the verge of totally losing it (an impression curiously out of step with their lyrical material), are all presented with impeccable technique and idiomatic precision on this four track EP. There are some tasty double-stop moments in the bass (hardly groundbreaking in the genre), and the rest of the band’s playing is difficult to fault, everything articulated precisely, with plenty of rhythmic drive and exactly the correct instrumental tone. The recording is heavily compressed, taming vocal exertions and guitar distortions to the same maximised peak, and squeezing more or less all of the air out of what is, in consequence, a very claustrophobic sound-world. That’s if you try to listen ‘in’, but really this music is all about shouting ‘out’; this is pop music, pure and simple, and as such it’s not ‘art’ (inviting close critical attention), but an act of social practice, a nexus for its creators and audience to articulate their identities within. There’s nothing here that adds to, or departs from, the language of contemporary pop-punk; it will please fans of that music, but for me everything that’s subversive and exciting about punk (my first musical love) has been sacrificed to a slick production and an obsessive pursuit of melodic hooks.

‘Rex’, the opening track of this EP, has samples of a slow moving flute part, and rapidly stuttering cut-up vocals, that combine to put me in mind of the late Martyn Bennett’s whacked out folktronica circa Bothy Culture. The track has a rhythm that both apes and refuses the ground beat of dance music, and is shot through with a thread of continuous, timbrally modulating tones, that tie it together into more than an isolated utterance of eclectic re-appropriation. It locates itself within the practices of drone music, and as a part of a unified four part composition, sliding imperceptibly as it does into the generative undulations of the deceptively titled ‘Alarm’. Continuous tones are drone’s touchstone, if anything is, but that’s a broad remit; Hanetration source them from various places, including (I think) accordion, on ‘Rufus’, but it is employed like a bagpipe, an instrument in whose use the idea of a drone is anything but avant-garde. There is a glitchy rhythm, insistently measuring out the time, but the admirable persistence of the five or six note repeated phrase questions whether its steady pace has in fact traversed any definable distance. Tenth Oar presents four closely related soundscapes, manipulating sounds from a variety of sources, flirting with dissonance, skirting the fringes of noise, and providing enough fine grained variations of detail to engage the listener’s close attention, even as its atmospheres invite a more submersive form of listening. I’d be interested to hear what Hanetration would do with a longer release.