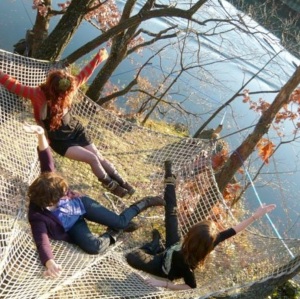 Production standards for self released music have become so generically polished and exact, that it has almost ceased to be meaningful or valuable to release a well recorded album. I’m being facetious, obviously, and of course I like to hear music I like sounding good, but sometimes the slickness of everything becomes incredibly desolate; some noise, some artifacts, and the boxy sound of cheaper equipment can serve as a welcome reminder that a recording embodies something real. Recordings are artistic constructions, and it’s a fallacy to think they represent an impression of something else, but sometimes their impact rests on the sensation that they do.

I’m not accusing Cutleri of recording badly, deliberately or otherwise, and nor am I suggesting they’ve taken a self-consciously constructivist approach to making this album. It’s very simply a collection of demos and live recordings, assembled with minimal (if any) mastering and made available for free in advance of their forthcoming debut. But the fact that it is full of noises off, hisses and crackles, uncontrollable giggling and general tomfoolery paints a far more detailed and revealing portrait of the band than a glossy studio recording might; it may not be an accurate portrait, and it may indeed be a contrived one, but it gives the listener the impression they are genuinely getting to know the band, and they’ll want to believe it, because the impression it gives is so damn’ charming!

The ingredients here (as far as I can make out) are banjo, ukulele, harmonica, three female voices in harmony, and a variety of percussion and wind instruments. The material ranges from the traditional to the bizarre, by way of Broadway: there’s a Brian Jonestown Massacre cover, the eighteenth century song ‘Shady Grove’, ‘Moon River’, a sparse improvisation populated with vocal saxophone impressions (‘Let Me Show You My Sweater’), a song one of the members wrote to sing to her cat (‘Weasel Goose’) and… well, you get the idea.

I expect their upcoming studio release will be more polished and finished: Cutleri are not about to upturn any applecarts with their technical skills, but they are able players with a good command of their instruments’ and voices’ dramatic and expressive potential. They perform their songs with such humour and casual diffidence that it’s obvious a technically polished performance is not their central aim, and nor is entertainment, though they are certainly entertaining. This is music performed for the performers’ pleasure: not in an exclusive way, but with an invitation to the listener to join the party, and you can hear these three women are having so much fun that it’s a party you want to join.