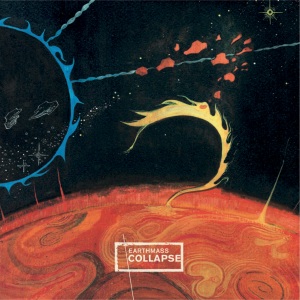 When you pull music apart and start to think about it, it often appears to be built up in several ‘dimensions’. These are our modes of perception, rather than qualities with the same independent existence as the the different materials that go into making a house for example, or the elements that compose the Earth’s lithosphere, but much of the time we (and especially musicians) treat them as tangibles. It is much easier to separate such ideas as ‘texture’, ‘timbre’, ‘volume’, ‘tempo’, ‘intensity’, ‘mode’, or ‘time signature’, and to treat them as more or less stable, given quantities, rather than continually to question and examine the cargoes of these conceptual containers, or to emphasise their interdependence and contingency. Take these things as our lego bricks, and we can get on with building musics. Conventional Western conceptions of music, be they in the Classical, jazz or popular traditions, have tended to idealise the idea of organic wholeness, assuming that the ‘best’ music will hold all of these qualities in a hierarchical balance, with melody in charge and harmony serving as its bureaucracy, keeping the peasants of rhythm and timbre in their proper subordinate places; but much creative mileage has also been made out of interfering with this ‘natural order’. Such practices have not been restricted to the avant-garde, but much of that work has been in the peripheries of musical culture: musical ‘dimensions’ have been reordered within the hierarchy, de-emphasised, eliminated altogether, foregrounded until they dominate the entire musical work, or treated in such a way as to question the boundaries that separate them from other qualities. It’s easy to point to such strategies in twentieth century Classical music, but they can be found everywhere, building alternative narratives in a variety of commercial mainstreams. In the world of metal there has long been an avant-garde in which the traditionally dominant qualities of rhythm and melody have had their privileges rescinded, with performances increasingly focused instead on texture, dynamics and the sheer geologic power of the music’s orchestral resources. Earthmass belong to this tradition of doom and drone metal. The appositely titled Collapse evinces a disciplined narrowness of scope, without actually abandoning interest in melodic or rhythmic excitement, outlining its compelling epic narrative primarily in the field of dynamics, which are employed as subtly and and as devastatingly as Thor employs his hammer.

There are a couple of bars of clean guitar at the outset, and then we are deep in the lumbering, oceanic chaos of ‘Awake/Crisis’, its melodic materials rolling slowly through the morass of guitar distortions like breakers in an ocean of mud. This is the album’s default texture, the deep, roaring unity of the ensemble moving in riffs whose cyclicities are so deliberately paced that they almost physically evoke the geologic iconography of the band’s name. There are a range of tempi in play across the songs that constitute Collapse: the following ‘Divergence’ is faster than the opener, and when the truly epic ‘Loom’ gets going (in what I guess is the climax of its first movement, ‘Drowse’) it’s with a riff that is only a little bit slower than what could have been considered a ‘normal’ slow tune in classic metal. The music is built from simple minor modalities, and predominantly from descending patterns, which fall to their root notes with inevitability, and only depart them with an audible sense of effort, as though the band are straining to lift great blocks of granite to a higher pitch, only for them to fall again, crushing whatever lies beneath. Vocals and guitar melodies are submerged in the textures, disavowing decades of accumulated rock heroism in favour of an abandonment to the commonality of musical feeling that has been more associated with the democratic intensity of punk, or the psychedelic/erotic rituals of electronic dance music: this is not music as display, as an exhibition of masculine potency, but of the ritual evocation of a greater, transcendent power, one that cannot be encompassed by a single individual. When Chris Houghton or Jack Burley sing, their voices drift, half obscured, like corpses floating just below the surface of the water, the penetrating, harmonic beauty of their note choices made terrible by the darkness and impersonal otherness of the ensemble texture. Repetitions further strip the signification of the individual creator from the music, sometimes so single-minded in their persistence that they remind me of Minimalism, although there is no place for Reichian phasing here: rhythm is stable, ineluctable, as relentless as the turning of the year.

The greatest source of drama in these arrangements is the sheer steepness of its dynamic gradients; whether the contrast is with a ringing, clean guitar part, or with the solo thundering of Rob Saunders’ grinding, overdriven bass, when Houghton and Chris Saunders unleash the full fury of their distortions, it’s as though a mountain was collapsing. And it’s the slow unfolding of these dynamic gradients, the sense of repeated departure and return, that gives the music its epic quality. This is a great journey of a record, a quest to cross a hostile, complex landscape, its narrative pushing on unremittingly until home is far behind, and everything that constitutes the listening subject seems fragile; yet in its cyclic nature, its persistent use of repetition, its heavy sense of return, it signals strongly that we are still in the place we departed from. We have travelled far by the time we hear the dying notes of ‘Loom II: Barren’, but we are on the Earth, and that is the sound that Collapse emulates. It is the infrasonic rumbling of geologic time, the note whose frequency is that of the planet’s annual peregrination, whose harmonic nodes are separated by thousands of miles; and that is the epic journey that this record narrates. It is the quest to encompass the vibration of that vast monochord. The linear and the circular, flattened out into one waveform by the scale of the perspective required to encompass the devastating hugeness of the place where we are. Of course I’m not trying to reduce this music to a story, or to adduce its sounds to some kind of privileged deep structure, in the discredited manner of formalist musicology; I’m simply trying to express the strong sense of epic narrative that it carries with it, and the enormous scale that it seems to express. There’s more to it than that, and the real substance of the music is to be found in its strong aesthetic sense, its consonant minor harmonies and carefully aligned slow grooves. To enjoy this music, to enter into it, is to abandon yourself atavistically to its currents, and the basic accessibility of Earthmass’ note choices and riffs is key to this. The music (along with its gorgeously designed packaging) is inviting: ‘come in,’ it says, ‘drown with us’. It’s a token of Collapse’s singular power and creative clarity that its invitation is so compelling. It’s not pretty, but it is beautiful.