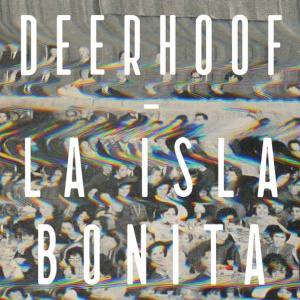 There are many ways to do anything. There are musicians that spend their entire career mining one small patch of stylistic territory, exhaustively plotting its possibilities, immersing themselves in its world, refining its vocabulary until their creative utterances are as idiomatic as the language of everyday life. Then there are those that reinvent themselves continually. Both approaches are equally valid (as if I was in any way qualified to tell anyone whether or not their work was valid!), and as far as I can tell, both are equally fertile. I know of many artists, especially in genres like jazz and folk, where great store is set in tradition as the platform for innovation, who wring progressively more profound meanings from an established practice as they work their way deeper into its sounds; there are far more musicians in such genres that simply go through the motions, however, and it takes a true master musician to say much that hasn’t been said before. All this preamble is designed to indicate that my liking for Deerhoof’s frantically inventive approach does not spring from some faddish taste for novelty or weirdness, but from an appreciation for compellingly realised creative insights, wherever they may be found. This is a band that is notorious for treating each album as almost uncharted territory, to be filled with freshly invented wheels, and sounds that one suspects are as surprising to their authors as to their audience. This is not to say that they eschew idiom, however, and their orbit of the non-formulaic is sufficiently fast and elliptical that they will not be descending into atonality or free-improvisation any time soon. Instead they take materials from whatever shiny cultural gewgaws catch their magpie eyes, and warp or twist them as far as they can while leaving their glittering appeal intact. La Isla Bonita is an album of pop songs, filled with catchy, memorable lyrics, earworm melodic hooks, and contagious beats; but it is executed with fearless experimentalism, cramming dense clusters of dissonance, harshly jangling distortions and abrupt, asymmetric phrases into vessels that defy expectation by accommodating them readily, with a smile.

The majority of these songs are animated by driving, funky drums and percussion. If it’s possible to define pop music (which it isn’t), I would say that it entails music that has catchy and memorable melodies, and that is designed for dancing. So this is definitely pop, in my book; to put it another way, it’s meant to entertain, and although Deerhoof offer plenty to think about, their songs do not require reflection or analysis to be enjoyed. They are constructed serially, from sequences of gestures and riffs, that accumulate into textures; there is certainly a strophic structure to most of the songs, but its sections are defined by melodic and rhythmic phrases, rather than by the harmonic or lyrical distinctions of conventional songwriting. The textures have a great deal of space in them, allowing the drums and bass to stand out clearly; the latter has frequent feature spots, like the long bubbling phrase that puts the funk in ‘Big House Waltz’. This space in the textures is essential to the impact that the arrangements have when they are fuller: when ‘Last Fad’ assaults the ears with its improbably dense dissonances, those jarring sounds are actually pleasing to the ear, largely thanks to a context in which they do not block out all the available light and air. The band have picked up a trick or two from the proponents of Congotronics in the way they make happy dance music out of such jangling, distorted materials; indeed there is an amplified lamellophone or two lurking among the guitars in the sharpest, sourest textures, and their serially gestural approach to composition is not unrelated to West African musical practices.

The lyrics pursue this serial, contrast-emphasising approach, not only in their structure, but also in their seemingly nonsensical denotations; grammatical discontinuities and logical dissonances discourage the listener from seeking simple or single meanings. ‘Cars that are smart’ and that ‘play the bass guitar’ have clear affective resonances, and ‘Paradise Girls’, from which these lines come, clearly means something, but the lyrical text is not going to tell you what that meaning is: you’ll need to seek it in your own response to the music. Any hand-holding is going to be offered in the appealing forms and atmospheres with which these sounds are imbued. There is a particular vocal aesthetic around English lyrics sung in a Japanese accent, which Satomi Matsuzaki exploits knowingly; there is a quality to the strangeness of the words which is similar to that found in other Japanese writers’ English lyrics, perhaps related to the differences between Japanese and English grammar. Irrespective of these speculations, the effect is an appealing one, simultaneously cute and alienating, which draws the listener in like a candy-coated murder mystery.

The upshot of this devotedly idiosyncratic approach to music making is that it’s very easy to like La Isla Bonita, and that only the most conventional of listeners will feel actively challenged by its aesthetics, but that paying a bit of detailed attention yields as much interest and strangeness as most overtly ‘difficult’ music. Wherever you hear a sound, there is an original idea. Whenever a hook gets in your ear, it does so without recourse to any Pavlovian need to have your expectations confirmed. A lot of the music I listen to goes to great lengths to avoid the generic, but relatively little of it is as engaged with the business of having fun as Deerhoof evidently are; ‘Exit Only’s blast of guitar savagery is the most obvious nod to the band’s punk history, but that musical community’s combination of the committed with the recreational is in evidence throughout. This is not a record for you to think about, full of the sound of people thinking: it’s a party. It’s one of those parties where the people throwing it have put all of their thought, effort and creativity into making it as enjoyable as possible. It’s a record to enjoy, and the enormous craft, intelligence and originality that went into it are all at the service of that imperative. I can’t get enough of it.