My views on end-of-year roundups in general are quite aggressive, and can be read at greater length in the introduction to last year’s selection, here. Suffice it to say that I think anyone claiming to know which are the best few albums released in any given year is seriously delusional; my selection is simply some of the records I liked the most out of those I happened to come across. These records are all seriously good, but there were over a hundred other albums that could equally well have made it onto my list; my advice is, yes, investigate these records, but more importantly, go hunting for music yourself. The web is full of it, and much of the best stuff, in my experience, will never be marketed to you; it doesn’t take much digging, but it takes a little effort to find it, effort which is rewarded many times over by just one great album. I’ve chosen twenty albums this year, as cutting it down to twelve just hurt too much. 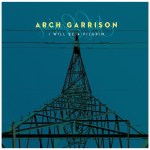 Arch Garrison – I Will Be A Pilgrim

How beautiful would you like this record to sound? Well, it’s that beautiful. A delicate, nuanced and gently rigorous meditation on the landscape of southwest England, and the human narratives embedded in it, built around the mellifluous intricacies of Craig Fortnam’s acoustic guitar. 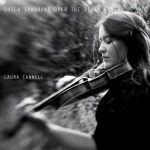 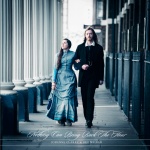 Josienne Clarke & Ben Walker – Nothing Can Bring Back The Hour

Country music is the best known zone of celebratory misery, but this mines the same seam in the English tradition; the songs are original but their materials and performance aesthetics are drawn from folk-music. One of the most beautiful singers I’ve heard meets one of the most sensitive guitarists. 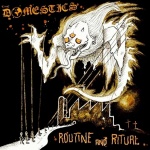 The Domestics – Routine and Ritual

Another band that keeps getting better with each release, not to mention more succinct. The shortest release in this survey, by a country mile, Routine and Ritual has as much to say as any of them. Contemporary hardcore punk of the most intense and politically rigorous character, this is as exciting as it is thought-provoking or rabble-rousing. Top whack malarkey. 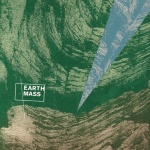 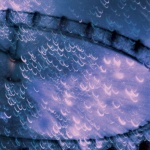 Extraordinary acoustic compositions, performed on a variety of instruments, with a roster of collaborators that reads like a roll-call of the weird British music I happen to be most interested in. Deeply involving, highly inventive, and a beacon of compositional and musicianly excellence. 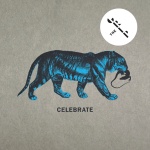 Deep, earthy jazz, stripped down to the barest bones, sitting in that fertile intersection between free improvisation and bluesy eroticism that has informed so many of the music’s most creative voices. Three wide-awake musicians, making now real. 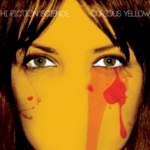 Avant-rock of a sort that’s hard to describe but easy to like. Powerful, hard-driving rock songs, direct in their approach but uncompromising in their creativity, with beautiful, folk-inflected vocals. One of the most interesting and exciting sounds to come my way this year. 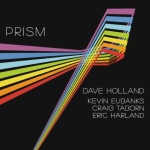 The mainstream jazz musician that most consistently moves me, bass master Dave Holland moves away from the harmonically sparse acoustic settings that have been his home for some years, and hits us hard with electric guitar and Fender Rhodes in several jazz-rock improvisations of the highest order. Brilliant on every level. 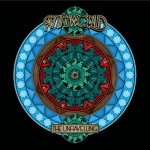 This is a band whose creative journey (like Matt Stevens’) has continued to surprise and expand through each successive album. Here they hit what feels like a perfectly harmonious balance of pop tunefulness, psychedelic unpredictability, devastating power and dark, disturbing weirdness. Utterly superb. 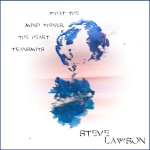 Steve Lawson – What The Mind Thinks, The Heart Transmits

Steve Lawson makes sounds with an electric bass and some technology that sound nothing like a solo bass performance; this is what whale-song would sound like if they had access to human technology (and thought it was worth playing with). A prodigious instrumental technique is placed entirely in the service of building expansive ambiences from in-the-moment creative impulses. The product of a truly engaged, empathic musical mind. 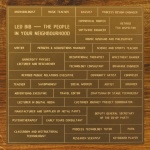 Led Bib – The People In Your Neighbourhood

I’m not a Led Bib expert, so I can’t situate this record too precisely in the narrative of their creative development, but what I can say is that it is a perfect marriage of the jazz tradition’s procedural sophistication to the directness and intensity of rock. Some of the most thrilling improvised music I’ve heard. 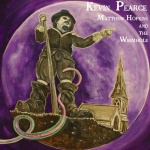 It takes a bit of listening to get how specific and personal Kevin Pearce’s music is, as it’s not aggressively transgressive by any means; simple ideas are honed and perfected, and assembled in arrangements and recordings were nothing is taken for granted. Creative, beautiful, and mind-expanding music. 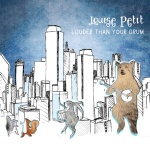 Louise Petit – Louder Than Your Drum

Strikingly normal in this weirdo company, Louder Than Your Drum makes its mark not in its stylistic approach, but in the translucent clarity of its musical thought. Pretty, wide-eyed, acoustic country-rock, performed with delicacy, grace and warmth. 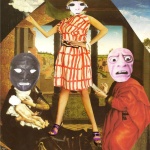 Compassion Fatigue (1-8) takes an arbitrary compositional procedure (increase the length of each successive track by one minute, and advance its key by one note), and uses it as a pretext for eight disturbing, satirical, darkly humorous songs built on groove and texture. Musically and lyrically top notch. 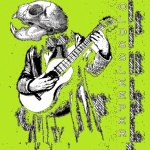 Bleak, beautiful, lo-fi Americana, from a composer-performer who seems to have a limitless capacity for understanding and restating the socially situated subjectivities of human experience. It’s rarely jolly, though it is sometime humorous, but it is always powerful, and profoundly moving. 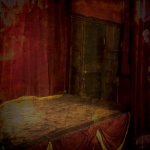 Stars In Battledress – In Droplet Form

How strange would you like this record to sound? Well, it’s that strange. It’s also unfeasibly original and coherent, producing an overwhelming, immersive listening experience on entirely its own terms. Simple, guitar and keyboard textures that point the way to uncharted territories of uncanny beauty. 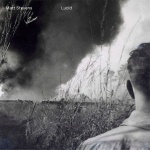 What Matt did next! I’ve expressed a high opinion of all his earlier albums, but Lucid is an expansive flowering of creatively courageous and fundamentally progressive exploration. Far too good to describe briefly, but if I have to commit myself I’ll call it some kind of avant-post-rock. Proper gnarly.

Constantly inventive, riff-worshipping, heavy guitar music, so full of rhythmic and textural ideas that it’s hard to believe how accessible it is. Without any silly vocals to get in the way, this music is all about the sheer impact of its noise and its propulsive ensemble unity. Heavy, committed and exciting. 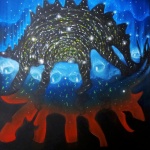 Wit and humour inform this record, but it’s not played for laughs; it’s the kind of sound that picks you up by the scruff of the neck and shakes you vigorously for the best part of an hour. Melodic, harmonious, un-harmonious, heavy-as-fuck, and above all unpredictable; insanely enjoyable, and enjoyably insane.