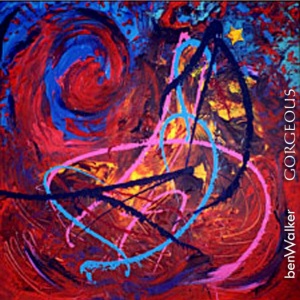 Idiom, style and musical history are important to all of the releases in this roundup, but to none more than to Gorgeous. To Ben Walker the question of style is one to be asked in respect of every song, in the same way as key and tempo, and one that should be answered with the same technical accuracy. There is a very sophisticated and erudite use of idiom at the centre of his creative practice, and his songs are crafted in thorough, rigorous detail, but they are nevertheless expressive rather than rhetorical. There is a refusal of any attempt to ‘persuade’ the listener, letting each song sink or swim on its own terms in a way that is as self-effacing as the sometimes jarringly honest production. Humour and irony are an integral part of the lyrical content: the sardonically glamourised banality of ‘Ipswich’, the overtly jokey ‘So Hard’, or the observational absurdities of ‘Biscuit Festival’ and ‘Vegeburgers’ are all striking examples, but there’s wit in every line, and I don’t hear any of these pieces as comic songs. They are simply songs that were written by someone with a sense of humour. There’s an almost punk aesthetic in the unadorned directness of the performances and recordings, even in the playfully ersatz jazz standard ‘Gorgeous’, or the harmonically shapely bluegrass of ‘Broad Daylight’; but the default stylistic position, when Walker is not paying well-informed homage to some other tradition, is a take on the kind of literate, jazz-inflected pop espoused by Steely Dan. That Walker does not have access to that band’s production budgets or world-class session players doesn’t hamper him in any way however, just the opposite: there’s a simplicity in the way his material is presented that showcases the work of composition, while the songs’ realisation fades transparently into the background. And each song bears the detailed scrutiny this invites; every instrumental obbligato, every passing chord, every lyrical assonance or wry pun is precisely judged and aesthetically exact. This music articulates Walker’s subjectivity with the kind of particularity that can only be achieved by someone who knows their language inside out, who has reflectively examined their own practice with an unflinching eye and pared away all the flab. I sometimes get the impression quite a lot has been pared away that I might have enjoyed, but it’s better to edit ruthlessly than self-indulgently, and what’s left is as irreducible as the deftly outlined characters and situations that inhabit the songs. I should declare my interest, and admit that he gave me some of my first playing opportunities when I got serious about playing music myself, but Ben Walker is the real deal, an artist that creates because he has no other option, and Gorgeous finds him at the top of his game. Simply superb. 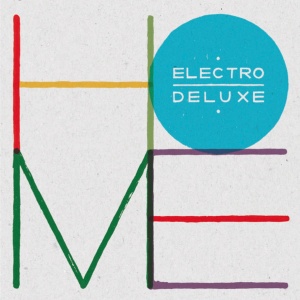 Electro Deluxe have a different but related approach to idiom than Ben Walker. They pay homage to a style, as he pays homage to several, but their practice is founded on a single generic focus, which is realised with the greatest possible degree of technical accuracy and lexical precision. Clearly I wouldn’t be speaking in these terms if they purveyed a unique fusion or a recognisably contemporary idiom, but it’s the historicity of their chosen musical tradition that highlights it. In something that approximates an act of curation, Electro Deluxe offer up a poised, earthy version of soul-funk that is characterised by an obsessive attention to detail in every aspect of its conception, production and presentation. It’s retro, but it’s retro in an interestingly specific way; the music is built from a vocabulary of phrases, harmonies, textures, formal and expressive devices and performance conventions that was forged in the 1970s, but it’s far from the first time in the subsequent decades that this creative material has been refurbished. This is a clean, cool but passionate take on funk that abandons any overt, sonic Afro-futurism in favour of virtuosic positivity, and it sounds a lot more like the cream of early 90s acid jazz than it does like anything from funk’s golden age. I don’t actually know very much about this band (the bio section on their website just says ‘coming soon…’), but I gather that the members are among the leading session musicians in France; they certainly play like it. The arrangements are written with a total command of the idiom, the brass in particular being scored to a frighteningly high standard, and the amount of exactly dovetailed expressive detail is astonishing. When most musicians try to play like this it sounds incredibly busy or hurried, but Home is full of the impression of space, and Electro Deluxe sound like they have all the time they could possibly want. There are several instrumentals, which are not the occasion for an orgy of improvisation, although there are some nice solos; and there are some very compelling vocal performances. Given that their singer is called James Copley he may well be a native English speaker, and without his utterly ‘right’ delivery (he sounds a little bit like Stevie Wonder at times) of the requisite stylistic devices the overall effect might not be quite as convincing as it is. I think you can probably tell from the above what this sounds like in general terms; for specifics you’ll need to listen. The record features incredibly tight feels, and the performances have a consistently high energy level that nevertheless sounds like the band are keeping most of their power in reserve. I shudder to think of the storm they’d kick up if they applied themselves to a flat out fusion chops-fest. The lyrics are mostly about nothing (‘Showdown’ is some kind of Western, and that’s about as substantial as it gets), but that’s as it should be; the words have a purely rhetorical function in music like this, whose principal address to the hearing subject is erotic. Don’t listen to this album; dance to it. 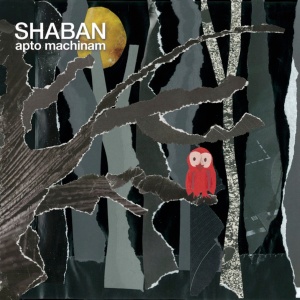 Idiom is approached more obliquely by Shaban than by the two artists reviewed above, but it is still central to their creative practice, inasmuch as the music positions itself sonically in relation to established hip-hop procedures; but while they audibly reference that tradition, they rarely come right out and drop a heavy beat, or anything else that panders directly to the tastes of the mainstream. Instead, they take an experimentalist approach, producing fragmented collages of sound, where musical phrases are treated in the same way as samples, concrete sounds and production processes. To describe this music as hip-hop would be barely meaningful, were it not for the fact that the identifiable vocabulary Shaban employ in their cut-ups can be placed in that stylistic territory, or a related one. This is not to say that the entirety of Apto Machinam is a gnomic sequence of disordered sonic particles; a piece like ‘Ich und R’, with its melancholy piano chords and wobbling mid-range bass, affords a comfortable place to vest ones aesthetic capacities. However, ‘Rumour’, which follows it, makes no such concessions, its creaking, crackling and spatial reverberations framing an ill-defined, subterranean ground-beat with an ambiguous, threatening feel. The borderline atonality of ‘Gwynplaine’s disorientating and tentative piano waltz is no more reassuring, to give an example that is emblematic of the broad variety of approaches to be found here. Probably only ‘Waltan’ would have much chance of filling a dance floor, but that clearly is not the aim of this album. There is a continual push and pull between the accessible and the unsettling, with the recognisable presented mostly in uncanny, arbitrarily circumscribed fragments, reminding me of Sid’s mutilated chimeras in Toy Story. This broad aesthetic and conceptual schema is realised through a very detailed and creative manipulation of a wide variety of sound sources, showing both a high level of production skill, and a profound understanding of the impact such manipulations will produce. The atmosphere of the music is pretty dark for the most part, but it is also notably humorous and playful; at one point in the midst of the frantically discoherent breakbeats that drive ‘Violate’, a horse neighs stridently, a sound that is echoed immediately by vinyl scratches of a sort that I had never previously associated with the farmyard. ‘Ungleichungen’ opens with an extended skit or sample, but as my German is horribly rudimentary I couldn’t tell you the first thing about what’s said; my money’s on it having a humorous tenor, however. There is an established tradition of experimentalism in hip-hop production, so Shaban’s practice is hardly unprecedented; but it is nevertheless very original, very inventive, and most importantly, a very rewarding listen. 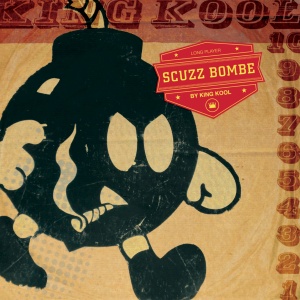 My conceit for this group of reviews gets progressively more tenuous as I move from album to album, although I didn’t order them with that in mind (they actually appear in chronological order of submission). King Kool certainly play in a recognisable style, and although their sound is very much their own, they share a great deal of idiomatic material with other artists. I don’t think it’s true to say that their creative identity is defined primarily in relation to musical idiom, however, or that, as in the case of Shaban, the particularities of their music derive their capacity to signify in any exceptional way from their specific relation to generic convention. Actually, it’s all very much more straightforward than that; in this case idiom is primarily a cultural identification, and the duo carves its niche in the dark, greasy grotto of garage rock, producing sounds that echo Detroit, rockabilly, Motorhead, and a variety of related oeuvres, forging an integrated fusion without sounding overtly eclectic. I’m not sure how the recording process relates to their live shows, as there are only two of them, but Dan Donovan has said in an interview that he ‘found a guitar sound that meant I didn’t need a bass player or another guitarist’. There are plenty of places on Scuzz Bombe where you can hear the bass and guitar as two separate voices, but it’s impossible to judge whether these are two separately processed channels of the same performance, or whether some other method is at work; either way, you can hear how it would work live, and there’s a unity to the sound that can be hard to achieve when more than one ego is addressing itself to the tonal content of the music. The album rips into the listener from the off, with a brutal roar of atavistic thunder that leaves you staggering, and hopefully shuts up your brain for long enough to open you up to the variety of meanings it has to offer. There’s obviously a focus on the sheer erotic pleasures of rock ’n’ roll, along with a glowering menace that reinvests that experience with the outsider status that should always be at its core; but there’s also a thoughtful criticality at work, and the songs address themselves in non-obvious ways to aspects of experience that go way beyond the nihilistic death-trip hedonism that so much similar sounding music celebrates (not that it’s not worth celebrating, and this music does nothing to dissociate itself from that aesthetic). After ten tracks of power and fury we are confronted with a didgeridoo (what is this, the early 90s?), a soundscape of muted battle noises, and a prose poem: an observer-narrator adopts a painfully impartial perspective (although please don’t accuse me of ascribing objectivity to any viewpoint), and emphasises the minuscule triviality of human activity, deploying as a symbol the ‘Scuzz Bombe’ of the album’s title (presumably inspired by the found street-art from the cover, rather than a pre-existing concept). This album evinces both creative maturity and playful exuberance, speaking with emotional commitment and deep understanding on terms that are its authors’ own. Top whack malarkey, this.