We’ve all seen some pretty rough justice in the wake of global capitalism’s recent crises, but Greece has suffered worse than any other part of the developed world. The Figures Of Enormous Grey And The Patterns Of Fraud appears to be a response to these circumstances, although it’s too complex an album to be pinned down quite so glibly. Choral voices are layered with a complex variety of rock textures, ranging from post-rock atmospherics, through mathy convolutions to heavy prog riffing. It’s the big epic sweep of things that tends to predominate, rather than the individual voice or the discrete statement; the skillful inclusion of sounds from traditional music reinforces this sense of communality. Throughout, the arrangements are majestic, the playing superb, the writing powerful, and the effect darkly involving; a very accomplished album. 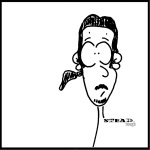 Although Stead self-identifies as a ‘lo-fi’ project, there is nothing obviously ‘lo-fi’ about the sound of Rough; it features simple arrangements, intimately recorded, but eschews such retro-futurist contrivances as white noise or vinyl crackle. Despite the satirical tone suggested by the cover, this is pretty straight indie-pop played acoustically, with subtle rhythm section textures; nice melodies, fluid, swinging grooves, and a bittersweet, uplifting mood. It’s a nice listen.

Melodic, wistful and non-threatening pop-songs, performed in a pop-punk or New Wave style. The only hints of darkness come in the arrangement for ‘Without The Pain’, but they are hints at most. For the most part this is music about fun, love, humour and the life experience of geeky people in a confusing world. Don’t expect anything earth-shattering, but do expect to be entertained, amused and even touched. It’s very skillfully put together, warm and positive in tone, and well worth a listen.

Searching For Love opens with a phat electro-funk groove that sounds like 1980; and that’s how it continues, a combination of digital and analogue funkateering, arranged with a deft touch and a lot of imaginative ideas, like the bowed bass in the title track for example. The theme is lurve; the grooves are deep; the production and musicianship are absolutely top notch; and Deryo himself is a superb funk and soul singer of the old school (if you want credentials, he recorded with Herbie Hancock and the Headhunters in the 1970s). There’s a lot of kooky sentimentality on the record, that some listeners will find cheesy, but I just hear the same kind of abandoned, anti-cool positivity that informed the likes of Earth Wind And Fire. This is honestly the funkiest thing I’ve ever been sent to review. 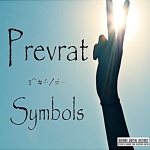 Pop songs built on electronic grooves, with a floaty, dreampop ambience. There is a clear debt to post-punk and synthpop, but the mood is mostly upbeat; ‘Traffic’ is unsettled and tense, and there is melancholy in the music, but Symbols largely eschews the dark misery that much synthpop purveys with relish. There is a certain sense of anomie in the mechanistic precision of the sound, but it is undercut by the lyrical themes, which seem far from alienated. The writing and arranging is pretty crafty, with a good deal of light and shade, and it’s a very listenable fistful of tunes. 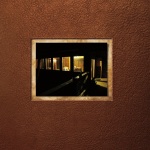 The first things that will strike you about this record (because they’re the first thing that happens) are its beautiful acoustic soundscapes, largely generated by an acoustic guitar played fingerstyle in an intricate but gentle and accessible manner; it sounds as though a song is going to happen, but what we get is a brace of long form compositions, which also contain passages of roots rock and moog-enriched prog texture. It’s a joyously engaging sound throughout, but never generic, informed by a restless creativity that is always active, moment to moment, tailoring the orchestration precisely to the melodies and the dramatic narrative. Simply beautiful. 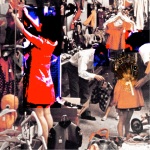 Joaquín Mendoza Sebastián doesn’t issue any detailed explanation of this album’s schtick, but it seems to follow the peregrinations of the eponymous group of people as they go shopping, have a picnic and meet Princess Diana,  during all of which, it is asserted, they ‘could easily fake some smiles’. Meanwhile some geological and astronomical themes also emerge from Sebastián’s atonal and rhythmically diffuse experimental practice, which mixes acoustic and electronic sounds indistinguishably, its disorientating anti-rhetoricism matched only by the detailed craft and care of its construction. This is some of the more coherent and consistently inventive experimental music I’ve heard recently, and a real pleasure to listen to. 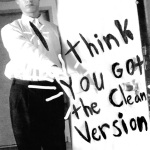 Dethcentrik – I Think You Got The Clean Version (experimental)

They describe themselves as ‘extreme horrormetal’, but Dethcentrik’s sound is far more experimental (and less guitar centred) than that might suggest. At times I Think You Got The Clean Version manifests a kind of thinned out electro-industrial groove (‘Scapes Of The Real’), and at others its clattering aggression is rhythmic only in the same sense as industrial machinery. Its materials are principally electronic, and its affective mode is dysphoric and disturbing throughout. If that sounds off-putting to you then you should probably give it a miss, but it shows real coherence of vision, and it’s a very well made album. I probably like it for its humour as much as anything (genuinely frightening records are extremely few and far between), but like it I do. A delightfully hellish confection.

Seek The Northerner – The Life And Crimes Of… (hip-hop)

This is not the first Killamari release to feature an extended sample of Mr. Gryce’s pre-caning address from Kes; it figures, really, great speech that it is. It also makes perfect sense for an artist who nails his colours as a Northerner so explicitly to the mast, and for one who is both socially aware and concerned with the particular subjectivities in which the social context is manifest. Ken Loach had something to say about Barnsley in 1968; this album is a convincing follow-up for 2013, an utterance from a member of a generation that is self-aware and connected to global culture in a way that economic disadvantage no longer precludes. Seek The Northerner’s delivery is raw and passionate, rhythmically direct and percussively aggressive; his material is all hip-hop, not worthy polemic, but fierce home-town loyalty and combative self-expression with a potent jolt of political commitment. The beats are superb, phat slabs of boom-bap characteristic of the UK underground, that drive the lyrics home hard. More evidence for the rude good health of independent hip-hop, this is a shit-hot record from top to bottom. 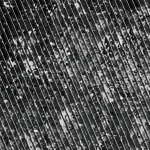 The titles of these four pieces offer an unambiguous clue to their contingency, probably the only unambiguous aspect of the entire release… They are grey, they meander, they lack focus, they are invisible, they are fields rather than forms; these assertions draw their vocabulary from the tracklist, and they are both true and untrue. They describe the affective character of the music to a tee, but I have to say that as composition or improvisation the music is focussed, directed and precise. It ebbs and flows with purpose, and its seemingly aimless peregrinations are quite deliberately meaningful. Gentle concrete ambiences, hovering on the edge of tonality, are elicited from a guitar and some effects, without ever making their sources explicit; the agency of the musician is elided almost completely from the sonic character of the music, only to resurface in its creative textural complexity. Excellent, beguiling stuff. 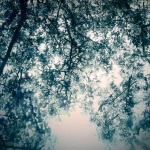 Pigeon Breeders is a free improvisation collective consisting of Myles Bartel, who is also the musician behind Ocra, Will Scott and Tyler Harland. They do not pursue improvisational freedom the better to give form to their individual musical egos, and nor does their music have the frantic and chaotic sound that often characterises free improvisation when it is used to represent the creating subject in the way that formulaic improvisation does in jazz or Indian classical music. Instead they create gently unsettling washes of sound, sometimes animated by a beat or ostinato, but more usually just laminated from gritty sonic continuities, producing place and experience non-discursively, like a colour-field painting. Sometimes warm, sometimes cold, often full of fascinating but low-key detail, and always immersive; as group improvisation this music is clearly the product of some very close listening and mutual regard. Intelligent, beautiful sonic art.

Hard rock is not a style that’s exactly languishing for the want of someone to come along and define it. There have been so many iconic takes on the basic formula of driving beats, gritty guitars and blues-based melodic materials that almost every new band sounds derivative, or contains so many recognisable echoes that its impossible to hear whatever novelty they bring to the party. Cherry White have the goods, in terms of tone, style, delivery, groove and all the rest of it, as have many other bands that sound utterly undistinguished purely by virtue of the history their sound carries with it; but they also have enough individual character to make them stand out, and that’s a tougher ask than you might imagine. They have good songs, great playing, a superb singer and a good sound, but what really sets them apart is the bass, which is entertainingly flash and busy without sacrificing anything in terms of the support it provides the songs. I’m not used to hard rock sounding daring or exciting, but this album nails it on all levels.