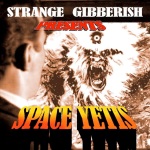 Opening with an extended skit inspired by John Carpenter’s Darkstar, it’s obvious from the start that this Strange Gibberish mixtape is going to be heavy on the humour. It’s also heavy on the creativity and experimentation, with some of the beats straying well into avant-garde territory. It’s far too diverse for me to sum it up here, but the quality is consistently high; this is independent music, in every sense of the term, and most of the producers take a pretty freewheeling, eclectic approach to beat-making, while the lyrical themes are varied and unfettered. Although it’s often very funny, there’s some serious art on this album, unencumbered by any of the bullshit formality that is often harnessed to that claim. If you’re drawn to the vital bleeding edge of musical culture, you can get some here.

No-nonsense, kinetic and very funny this long-standing Newcastle crew combine superb, irresistibly funky beats with side-splitting northeastern wit and dazzling verbal dexterity. The album as a whole is built around a tale of the shambolic relationship between Skrufz and the (hopefully fictional) eponymous publicist; a series of meetings are presented by way of skits or sketches, in which it becomes clear that Keith has some trouble with the arse/elbow distinction. Funny as this schtick is, there’s a lot more than comedy to this record, and there are even a couple of reflective moments. Tyneside produces an unfeasible amount of top quality independent hip-hop: Keith Champion Presents is some of the best.

In contrast to the other hip-hop albums in this fistful of reviews, humour is not a prominent feature of Lifetime International; this is serious, earnest stuff, with a positive message advocating creative integrity and social responsibility. There are some right proper skills in action, and like a lot of British indie hip-hop this Long Island based artist likes the boom-bap groove, which makes the album a lot of fun to listen to. Funky, intelligent music made with real commitment and awareness.

Not every emcee is blessed with an instantly recognisable voice, a charismatic delivery, and a flow that effortlessly combines greasy funk with lazy menace. Mista Smith is, and this release is the second chapter in his campaign to put Cleethorpes on the map of underground British hip-hop. It doesn’t all hang off his vocals; his chunky, infectious beats come from several capable producers, mainly from DJ Whoner, his Estuary Heads cohort, and he’s joined on the mic by Sire and the redoubtable Seek The Northerner. But it is his voice that makes it all hang together, and makes it so compelling. Wordamatic Vol.2 is funny, smart, sarcastic, kinetic and generally superb.

An amusingly geeky album of independent hip-hop that spends most of its energy on ripping the piss out of the commercial variety. Named for their allegiance to a chain of fast food restaurants popular in the southeastern US, Da Waffle House Boys enjoy making extravagant boasts regarding their verbal and sexual prowess, but there is never the slightest danger you’ll stop laughing for long enough to think they mean it. The production and vocal skills are actually both very polished, and Dog Park combines an obviously genuine love for the music with an engaging refusal to take itself remotely seriously. Pure entertainment.

I know the author of this music as the ambient composer Janne Hanhisuanto, and I’ve reviewed two albums of his complex and nuanced soundscapes. As Janneh he produces music that he voluntarily refers to as ‘easy listening’, a term which I have understood not to refer to a particular style, but to examples of various styles devoid of any features that might demand the listener’s attention. But then I guess that such an approach to musical aesthetics informs ambient music, and this album is not actually at all boring. It contains simple instrumental (with one exception) compositions in a variety of feels, and it focuses on the emotional impact of chord sequences and orchestration. It’s very pleasing to the ear, and yes, easy to listen to.

This is music that advances slowly and purposefully. Where it’s going I don’t know, but it’s not about to stop. Smooth, chilled beats and atmospheric, twinkling skyscapes move past with the inexorable progress of a slideshow or a procession; somehow the listener doesn’t move with it, but reclines comfortably and observes. These are chill-out tunes, full of space and colour, peaceful but propulsive carriers of mood and relaxation. Exploration And Ascent is made for this specific purpose, not to dazzle with creative discourse or to portray the whole dirty panoply of life. It’s a skillfully produced album, and a beautiful one. 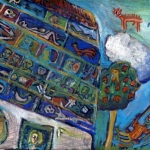 These glitchy soundscapes take a more contingent and critical approach to the affective qualities of environmental sound than do many ambient compositions, which often tend towards the gently confirmational. Darker strands of ambient practice may exploit tensions and dissonances to produce overtly threatening or uncanny atmospheres, but Und Unsere Häuser Sind Särge does not dictate feeling in the manner of a movie soundtrack; instead Nils Quak assembles complex aural schemes that are no more or less happy or disturbing than everyday life. The listener is invited to enter and respond, and there is an awful lot to respond to here, however subtle. This excellent album is unsentimental, perceptive, and possessed of a compelling aesthetic. 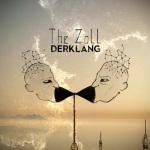 ‘Order? Chaos? Derklang!’ This rhetorical exchange is taken from The Zoll’s Bandcamp page; it’s good to know there’s a third state of entropy, and even better to know that it’s embodied in an album of electronic rock. DERKLANG is chock full of interesting noises and dirty sonic experimentation, all bound together into a surprisingly accessible bundle of groove and texture. Its DNA sounds like it shares equal numbers of chromosomes from rock and dance music; it has the gloriously confrontational power of the former, with the carefully managed builds and trance-like energy of the latter. And it’s really very good indeed.

Grey Storia play extended, very controlled builds with a great sense of freedom, and they are willing to let rip a bit when they get to the right point, which puts them in the noisy camp of post-rock, rather than the ambient. It’s textural, rhythmically focussed instrumental rock with a raw sound reminiscent of the underground tradition in rock music, although they’re not averse to nicking the occasional Led Zeppelin riff. They have their moments of quiet lyricism as well, in ‘Escape’ for instance, and the whole album, though short, is well balanced. Very listenable and well made.

Monochromie – Enlighten Yourself While You Sleep (post-rock)

If Grey Storia, reviewed above, represent one polar extreme of the post-rock firmament, Monochromie represent the other. Not only is everything processed to such a glimmering sheen that it’s only because I’ve read the press release that I’m sure there are guitars in operation, but what melodies and rhythmic shapes there are take such a deliberate, regular path through the arrangements that they feel more like sequences of textural development. This is essentially ambient music, with a continual lamination of grit and glitch that gives something ethereal the materiality to demand attention. Emotionally quite narrow in range (the bittersweet cinematics of post-rock are in effect), Enlighten Yourself While You Sleep is nevertheless a very immersive and rewarding album.

The electric guitar sounds that open this album will promise ‘rock’ to most ears. That expectation is immediately and ruthlessly crushed. Marco Oppedisano does use a rock flavoured phraseology at various points (sometimes quite shreddy, even), but he uses it in such a way that it could never be mistaken for any kind of ‘pop-music’. Although the ‘Seven Pieces’ suite consists solely of sounds sourced from guitar and bass, other sounds, synthetic, sampled and vocal, occur at various points, and very rarely do any of them present themselves according to the conventional rules of mainstream musical composition. Often atonal, predominantly un-metrical, disturbing, occasionally threatening in tone, Mechanical Uprising suggests a determination to avoid any kind of sentimentality or affective cliché. It’s very demanding music, requiring close attention and an open mind, but if you can bring those attributes to it, it’s extremely accomplished and utterly absorbing.