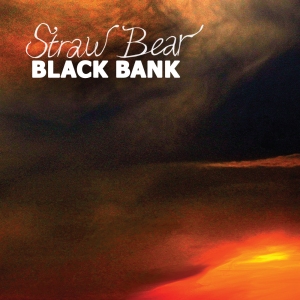 Songwriters are faced with a number of choices, regarding the weighting of significance towards the different parts of their practice. Many or most of those that might be described as singer-songwriters signal their emphasis on writing rather than performance, or on non-verbal aspects of composition, by ensuring that the ‘music’ doesn’t draw attention to itself. Leaving on one side the issue that the music can’t be effectively separated from the lyrics (at least not when speaking of anything that makes effective use of the conventions of songwriting), this usually entails staying well within the bounds of a stylistic safety zone; one wide enough to encompass the generic tropes of country, folk, blues, rock, swing, the tamer regions of punk and post-punk, and more besides, but an identifiable zone of uncontroversial common practice nevertheless.

This is not to say that songwriters unthinkingly gravitate to the lowest common denominator; in fact they usually craft their music with great care and creativity, but their objective is always to showcase the ‘content’ of their song, and the ‘content’ is never the use they make of their stylistic materials. Instead they want to convey their observations and insights into human behaviour and experience, as expressed intellectually and affectively through a finely tuned combination of lyric, melody and harmony. It’s all about the particularities, of their own experience and of the people they observe; ironically the pursuit of those specifics is often at the expense of any individuality in their sound.

The grain of their voice, the precise impassioned contours of their simple pentatonic guitar licks, the oblique allusions and arresting images of their lyrics, are meant to be enough to identify them beyond all possibility of confusion. The difficulty being that very many singer-songwriters are observant, insightful, humane, truthful and highly skilled; as they mostly occupy overlapping or adjacent stylistic territories, there’s honestly not much to choose between them, other than the happenstance that leads listeners to be touched or moved by one of them in particular. Straw Bear stick out like a sore thumb against this background, not by adopting an extravagantly outlandish practice, but by the simple expedient of taking an occasional unexpected harmonic or melodic side turning, and liberating themselves from the simple-minded convention that says truths about human experience can only be mined by a frontal lyrical assault on the nuances of human relationships. They don’t need an elegant metaphor when their subject and title are clearly stated in the refrain ‘Urban Fox’, and although that piece is on the light and humorous side, what truths it has to offer about being human ring all the truer for arriving from an unexpected angle.

I should emphasise that Straw Bear are a band, not a person, but the emphasis they place on their material rather than their performance is what leads me to the above lengthy discussion of singer-songwriters; their playing is a medium for their material, rather than their compositions providing a pretext for their musicianship, or for any other aspect of their practice. Whether their lyrics and melodies are written singly or collaboratively their website doesn’t tell us, and it’s not particularly relevant in my view, except in noting that the material gives the impression of a single creative voice. Various features of Black Bank signal that it inhabits the singer-songwriter genre, and that the listener is supposed to hear it that way.

It is rendered within that broad stylistic territory outlined above, but its harmonies undertake some whimsical digressions that lend it a tang of late 60s psychedelia, and the orchestration has some distinctive features. It features a tastefully restrained fiddle, with a traditional British vocabulary, that continually shifts the music’s resonances away from the indie mainstream towards the fringes of folk. The guitar does the usual acoustic-chords-with-intermittent-rocking-out that we’ve come to expect from the genre, and the bass plays the usual supportive part in proceedings, but is unusually prominent in the mix; this is a Very Good Thing, in my view, and lends the recording an earthy, dubby character that again, like the fiddle, tends to distinguish it from mainstream conventions. All of these instruments are played with taste and panache, but for me, it’s the drums that are the outstanding instrumental voice, for their tight, impeccable groove, and the perfectly judged, totally song-focussed deployment of what is essentially a one-person percussion orchestra.

The lyrics and melodies of Straw Bear’s music are delivered in a clear and fluid counter-tenor, with phrasing and tone of voice that embody the somewhat detached wit and aerial-view observations of the lyrics. Although expressive, the voice is placid, even in moments of high emotional charge. The subjects of the songs are well chosen, half the creative battle being won in the selection of conceit: language offers up the apposite lexicon quite willingly when the decision has been made to sing about breeds of dog, or steampunk explorers, to pick two examples at random. It’s only necessary to wrestle distinctive imagery away from the forest of cliché when you’ve chosen a subject (as most songwriters do) that has already been comprehensively represented from every imaginable angle. Straw Bear have the luxury of simplicity, because they start from imaginative premises, rather than being forced into an imaginative compositional practice by the banality of their points of departure.

The results are often arresting; humour is the sweetener, but beneath it these songs are genuinely thought-provoking. They set the cranial clockwork in motion by proffering intriguing thoughts like melodic hooks, but withholding any glib explanations, or even any immediately obvious explanation of what their songs are actually getting at. That’s not to say that they are obscure or confusing, but there’s always more to it than a literal reading or a first listen will reveal. They’re not at all smart-arsed however, and their meanings are not difficult to grasp; catchy, entertaining vocal melodies help to ensure that the songs on Black Bank are as accessible as they are intelligent. Even a song like ‘Black Fog’, ostensibly quite dark and melancholy, maintains a wry distance, and simultaneously a humane proximity. For me, good art is useful, and indeed necessary, precisely because it helps us to straddle just such contradictions, and find the truths in the cracks between their terms. That’s why I’d sooner listen to one Straw Bear song about a cannibalistic witch than a dozen perfectly observed accounts of crumbling romantic relationships.