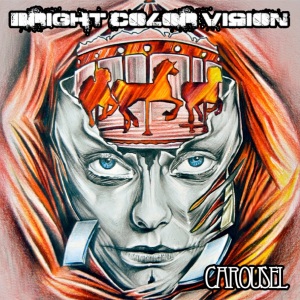 The language of metal is so fragmented and diversified now that it’s hard to distinguish one sub-genre from another, and many bands build their sound as though they were filling their plates at a wedding buffet, after quite a few drinks. This is a positive tendency in my view, as long as an understanding of the music doesn’t depend on an encyclopedic knowledge of the various styles that are referenced. One of the last major fractures within the metal community is between the long standing tradition of instrumental virtuosity as a token of musical potency and worth, and the noise and texture focus of bands with a more punk sensibility; the grunge era saw an increase in punk/ metal crosstalk, although it was already a significant factor (Metallica, Black Flag, Suicidal Tendencies, Saint Vitus, I could go on and on and on and on and…) Nowadays there are many bands with a distinctly hardcore punk approach to a metal vocabulary, and a noise based approach to orchestration that verges on the avant-garde; but there are also bands that play out and out shred, or continue to push the boundaries of more technically demanding sub-genres, like thrash and death metal.

Bright Color Vision seem to straddle both these worlds: on the one hand they offer a grunge influenced heavy richness of texture, an impassioned delivery and a rhythmic directness; and on the other hand they arrange and record their material with painstaking care, playing without instrumental histrionics, but with impeccable technique, and sonic precision. The songs are songs, built around chord sequences rather than sequences of riffs (although there are riffs a-plenty), and sporting actual bona-fide melodies. They are realised in a style that melds hard rock and groove metal, inviting the listener to pump their fist, but not to marvel at the wizardry of the performers. There are some tasty bits of lead guitar, including some flash solos and juicy harmonised melodies, but they are all integrated quite carefully into arrangements that call for their presence, and are quite clearly enhanced by it. There’s a lot of drama in this music, which slips easily from atmospheric soundscape to dense, melodic thunder and back again. Wojtek Grzybek’s vocals are a perfect match to the instrumental textures, growling and rasping through carefully modulated constrictions of throat and nasal cavities, in a way that bears some resemblance to Chris Cornell.

Bright Color Vision’s approach is pretty old school on the whole, in terms of style, sound, songwriting and its core values of solid blue-collar musicianship. It’s an old school sense of musical aesthetics that informs the project as well. We live in a world where commercial music has become less and less rooted in reproducible performance, and tends to imagine soundworlds, sonic spaces and even ensembles that are in some crucial way impossible; in this context, underground music has tended either to outrace the commercial towards post-modern dissipation, or to approach the opposite extreme, and stress music’s physical materiality, as a business of haptic gestures and vibrating eardrums. But the sounds on Carousel are more historically located than underground, and their formula is time tested: well crafted songs, played with respectful faith to their chosen idiom, with as much commitment as they can muster.

This band consists of four Polish men living in London (despite the American lack of a ‘u’ in the ‘color’ in their name). Grzybek sings in both Polish and English; there’s nothing wrong with the English lyrics, and his accent, while noticeable, is a positive contribution, but I definitely prefer the Polish songs. It’s a language of which I have no grasp whatsoever, but it sounds great in these songs: there’s something incredibly epic about it. There’s something epic about Bright Color Vision in general; not that they play doom, but they do play with a fantastic sense of theatre. They clearly have something to say as well, as evidenced by the extended sample from Chaplin’s The Great Dictator in‘Freedom’. I doubt Carousel will re-define the meaning of metal for you, but it’s a great sound, a superb recording that captures some top-notch musicianship in total clarity, and perfectly conveys the considerable passion in the performances.