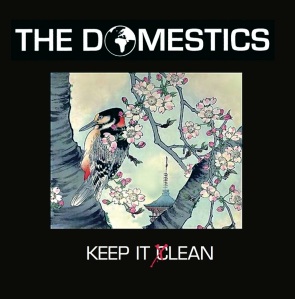 Punk didn’t come out of nowhere. Of course there’s a powerful myth in which it did, one subscribed to by its fans and detractors alike, but by the time it hit in its different ways, with its different relationships to popular culture and politics, on both sides of the Atlantic, its sounds and practices had been incubated in petri-dishes as diverse as Detroit garage and British situationist rockers The Deviants. I’m not trying to say it didn’t involve originality and stylistic innovation, just that it didn’t arrive fully formed out of the clear blue sky, and that novelty was never as big a part of what was good about it as has often been supposed. As ‘pop’ music, perhaps novelty was key, but as a serious art form, owned from speculative morning hard-on to screaming breech delivery by its barely differentiated creators and audience, other factors were important. The punk aesthetic continues to inform guitar music to this day, and that music has an undiminished subversive power, in the face of an increasingly empty and irrelevant popular music mainstream. Most popular music styles have arrived amidst a storm of moral outrage, only to become fully assimilated to the mainstream in ten or fifteen years, but the mainstream never ‘got’ punk, and for the most part it’s unaware that it still exists. The Domestics are all the proof you need that it’s a musical practice which permits continued creativity and originality well within its long established idiomatic compass.

Keep It Lean has a distinctly hardcore sound, with ominous chord sequences of ambiguous tonality, a jagged guitar sound that cuts your brain a new arsehole every bar, intense rather than frenetic tempos, and complex clattering rhythms that sound like a fight but drive like a mechanism. It’s a well crafted sound with a very individual character, but it also sounds like Dick Lucas fronting Dead Kennedys. The arrangements are full of unexpected twists and turns, asides that illustrate but never obstruct the main thrust of the songs (and I do mean thrust,  but I’m sure it’s all feminist thrusting).

Like most serious punk music, this album is concerned with the politics of contemporary life; The Domestics are not all about exhortations to armed revolution or half-baked ‘analyses’ of government policy, however. Lyrically, these songs are predominantly concerned with the existential minefield of negotiating an identity among the ideological ruins of a post-industrial society: examples of the damage done by a society that treats us as generic and interchangeable, and by living frugally in a society that celebrates excess, are presented singly in lyrics so brief and concise as to resemble koans. ‘It’s all about me – it’s all about me!/ However do you manage when you’re damaged?’ they ask in ‘I’m Damaged’; they keep posing similar quandaries in their songs, rather than giving answers lyrically, but forming a punk band and reclaiming the territory to negotiate the answers seems like a pretty appropriate response to me. That they can frame the debate in such precise and musical terms is inspiring.

Keep It Lean is indeed a lean album; in fact, at twenty-one minutes I’d normally class it as an EP, and give it a much briefer write-up with a bunch of other releases. However, these fourteen (yes, fourteen) songs contain easily enough musical and lyrical content for an album, presented with a ruthless concision that throws the trip the very second the point’s been made, for all that there are enough ideas here to double the length of every song without anyone getting bored. Not out-staying your welcome is an important aspect of punk aesthetics, because let’s face it, the longer you spend listening to someone else the less time you’re doing something for yourself; The Domestics want your attention, not so that you can admire their considerable musical abilities, but so they can give you the message, and then get to the bar (or go home and hand duplicate some mixtapes). This is some visceral, thought-provoking and generally stimulating music, which wears its DIY principles like a badge of honour, from its uncompromising arrangements to its rhizomic distribution model. Don’t buy the bullshit; buy this.