It’s a very hard thing, to pick just a dozen albums from a year in which I have encountered so much fantastic new music (as well as a fair selection of dull, derivative or otherwise uninspiring stuff, naming no names). The number itself is entirely arbitrary, but I feel the selection needs to be at least that concise to mean anything; having looked back through the last year’s new music I wrote down everything that definitely needed to be in my dozen, and found myself with a thirty album longlist! I managed to shed seven for a shortlist of twenty-three, of which four were 100% definite, and everything else was entirely deserving of a place. This is after, mind you, applying some arbitrary filters about the length of the recording and the date of release…

Honourable mentions go to Los Chicharrons for Roots Of Life, Mais Um Gringo (curator) for Oi! A Nova Música Brasileira!, She Makes War for Disarm, Diane Marie Kloba for I Am An Unknown Artist, Bing Ji Ling for Shadow To Shine, Big Block 454 for Bells And Proclamations, Future Gibbon for Begin Tofu Rub, Galapagos Now! for The Beards Of London, Hawk Horses for FALL, Tom Slatter for Ironbark and Sargasso Trio for Get To Grips. Basically any of those 11 albums could just as easily have been in my 12 best, so all are well worth checking out (just search my site for reviews).

I don’t make any claims to be presenting the best of the world’s music for 2011: anyone who does (and there are quite a few) is plainly a nutter. Nobody has time to listen to that much music. This is just the best of what I happened to come across.

Not many records hit me this hard. I’d really be putting myself on the spot if I tried to name my all time dozen best albums, but I know this would be in there. It’s a frightening, towering onslaught of doom metal groove and aural witchcraft. Raw, unhinged, passionate and performed with so much commitment she must have been sweating blood, Kemp sings like Jimi Hendrix would have if he’d been an English folk singer. Something about this record seizes me. It’s incredible. And it’s definitely my album of the year.

Matt Stevens’ third studio album shows real artistic growth and continued creativity, as he explores the outer limits of what one man can do with a battered acoustic guitar and a loop pedal – although having said that, he enlists a few accomplices here. Matt has got a handle on the difficult trick of playing challenging material, with odd times and odd chord changes, but making it very listenable, and this album is a prime example. Entertaining, stimulating, thought provoking, good fun and often moving: this is instrumental music that will appeal to people who think they don’t like instrumental music. Just superb.

This is the first full album from the band in which the above mentioned Matt Stevens handles electric guitar noises: their sound has tended to converge a little with his solo work (unsurprisingly, as the other members of the band also collaborate with him on that stuff), but it still has a distinct identity. It’s instrumental post-rock, with gorgeous textures, cinematic moodscapes, and, as with Stevens’ solo work, odd timings that you would never notice unless you counted them. This is a treasury of low key creativity, with a shedload of beautifully crafted details and a complete absence of bombast or histrionics. Grown up music, but never pompous, and always a positive pleasure to listen to.

And the last sentence I wrote about The Fierce And The Dead applies equally to Hope And Social. Here’s an album full of the emotional complexity of real life, with a resolutely positive outlook that is expressed through its big, bouncy grooves and exuberant arrangements. Anthemic but unsentimental, optimistic but clear-sighted, musically accomplished but never smart-arsed, this record is full of love and soul. This is danceable rock music with loads of choirs and brass and what have you, but it always sounds as tight and lean as a power-pop trio. When I reviewed this in full I summed it up as ‘a studio album that will leave you feeling like you’ve been at a gig’: that’s about as high a recommendation as I can give.

Fast moving, witty and often hilarious hip-hop, set to the funkiest beats and hippest samples (with a particular emphasis on Mad Max: Beyond Thunderdome). There’s been a lot of great stuff appearing on the Killamari Bandcamp page over the last year, but this album has a particular combination of fun, edge, badass verbal sparring and irresistibly kinetic rhythms that I found impossible to stop listening to. These MCs never take themselves seriously, and can switch on a dime from dissing their (usually nameless) rivals to taking the piss out of themselves, and poking holes in all the ridiculous hip-hop clichés they also exploit with such glee. You don’t often find this much entertainment value crammed into a single album length release. The beats (mainly supplied by peta max and A.D.S.) are always infectious, and skill set on display is jaw dropping all round. Brilliant.

This is an album of acoustic punk, written with such intelligence and breadth that it’s hard to credit. Ed Ache offers social commentary and personal experience in a way that never generalises explicitly, but leaves the listener to draw their own inferences. What it adds up to, however, is satire on a grand scale, with a combination of humour and hard nosed analysis (not to mention a viciously deployed sarcasm): for me, this collection of thirty short songs is an outsider’s manifesto for living in the twenty-first century. I’m sure Ed’s just writing songs and recording them, but his view of the world is so sharp, and so coherent, that when they’re collected they come across as a single rhetorical statement. Musically it’s raw but sophisticated, and Ed performs with almost unfeasible commitment. Everyone should hear this; those that don’t get it will be first up against the wall come the revolution. 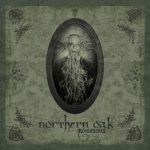 It’s a matter of pure coincidence (and the arcane selection process referred to above) that only one metal album made my end of year roundup (unless you count Golden Shroud as well). Northern Oak make up for the lack of quantity with their sheer awesomeness however. Monuments is an hour of imagination and creativity, which mixes folk and rock (frequently of an extreme cast) without any concern for what’s ‘right’, but an unerring instinct for what sounds fantastic. The recording’s dynamic range is a little constricted, which can sometimes make it seem less eventful than it should, but every track showcases an ongoing determination to explore the potential of an ensemble that unites some seeming disparate methods of music making. Folk metal is a surprisingly fertile fusion, and Northern Oak are very fine proponents of it.

Baiana System play a modern take on one of the world’s first electric guitar styles, guitarra baiana, which is also the name of the diminutive four-string axes they use to play it. This band’s twin lead harmony approach produces a gorgeous waterfall of mellifluous, rhythmically intricate melody, which seems to owe as much to Angolan kuduro as it does to the musical traditions of Bahia. (We are talking Brazil here, in case you hadn’t figured that out). This is a witty and literate outfit, and they take an eclectic approach, incorporating electronic elements, dub methodologies and anything else they feel like, while displaying an obvious respect for tradition. The music is extremely danceable, and is performed with a frightening degree of musicianship.

Did I finish talking about Baiana System with the phrase ‘frightening degree of musicianship’? I should have saved it for this album, because if I’ve ever heard a compelling argument for the existence of the supernatural, it’s in the facility and fluidity of the playing on this recording. Bass player Dave Holland, who I believe will be shown by posterity to be one of the most important voices in the history of jazz, teams up with one of the leading proponents of the flamenco guitar (and much of his family) to record an album of (mainly) traditional flamenco plus double bass. Holland adapts himself to the setting with enormous respect and sensitivity, and in the end you just have to listen and float, because it’s an overwhelming torrent of creativity and beauty.

A very hard release to sum up: ‘chamber rock’ is a phrase I’ve used before; my recent coinage ‘Anglo-psych-prog’ is probably broad enough to contain it. Beautiful, strange, sensitive and powerful are some good adjectives. Basically, some rock instruments (guitar, bass, drums, synth) are positioned in an ensemble alongside some non-rock instruments (oboe, violin, trumpet, flute, tuba, clarinet), and perform some very creative arrangements of some gorgeous, harmonically unconventional material. Brilliant writing, delicately nuanced playing, and a listening experience that is utterly involving and very moving, in a warm but curiously whimsical way.

Lean, hungry, purposeful and forward-looking jazz, from an ensemble that is well drilled in the tradition while evincing an obvious appreciation for funk, punk, noise-rock and other unlikely influences. This is very creative and independent minded work, which engages wholeheartedly with the challenging task of finding something interesting to say in a decades old idiom (one which has seen a great deal of experiment already). This music does not inhabit the outer fringes, where free improv meets found sound and all the other bizarre practices of ‘modern music’: instead it works away at the coal-face of tonal, idiomatic jazz, and shows how much potential there still is for it to excite, stimulate, question, challenge and entertain. 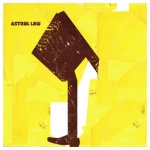 This is an album of experimental guitar sounds, often constructed around Beaudreau’s instrumental skills, but equally likely to foreground aleatory elements such as the sounds of accidental contact with the strings or body of the instrument, or environmental sounds such as passing traffic. Where the focus is on melody, various strategies are employed to disrupt a conventional response. The result of all this is not to make something difficult or forbidding, but to focus the attention on the act of listening, and to share Beaudreau’s pure love of sound. He happens to be a guitarist, but he seems to be a man who experiences the world through his ears, and this album represent his experience in a way that is certainly challenging, but is also highly engaging, and to my ears, beautiful.